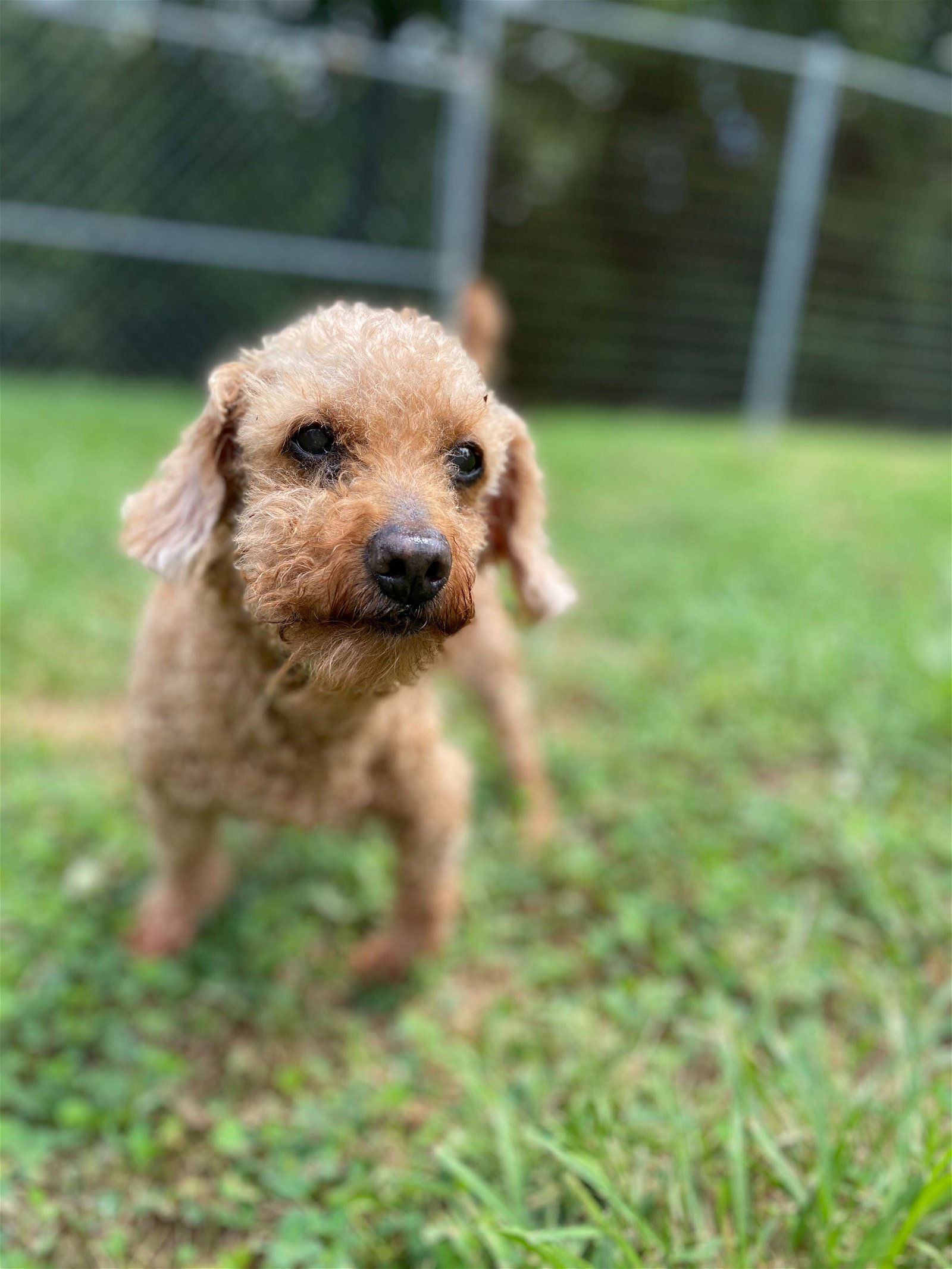 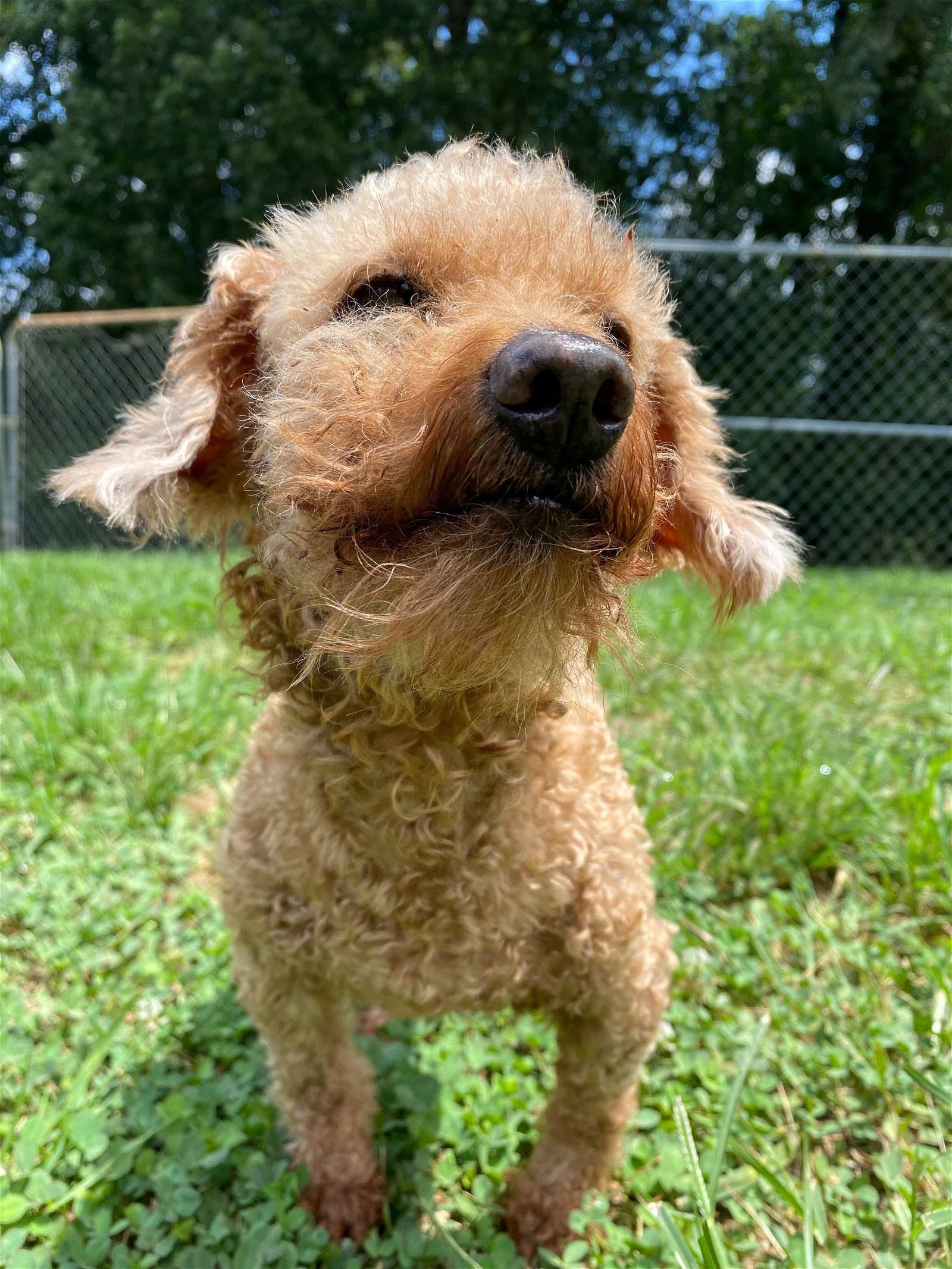 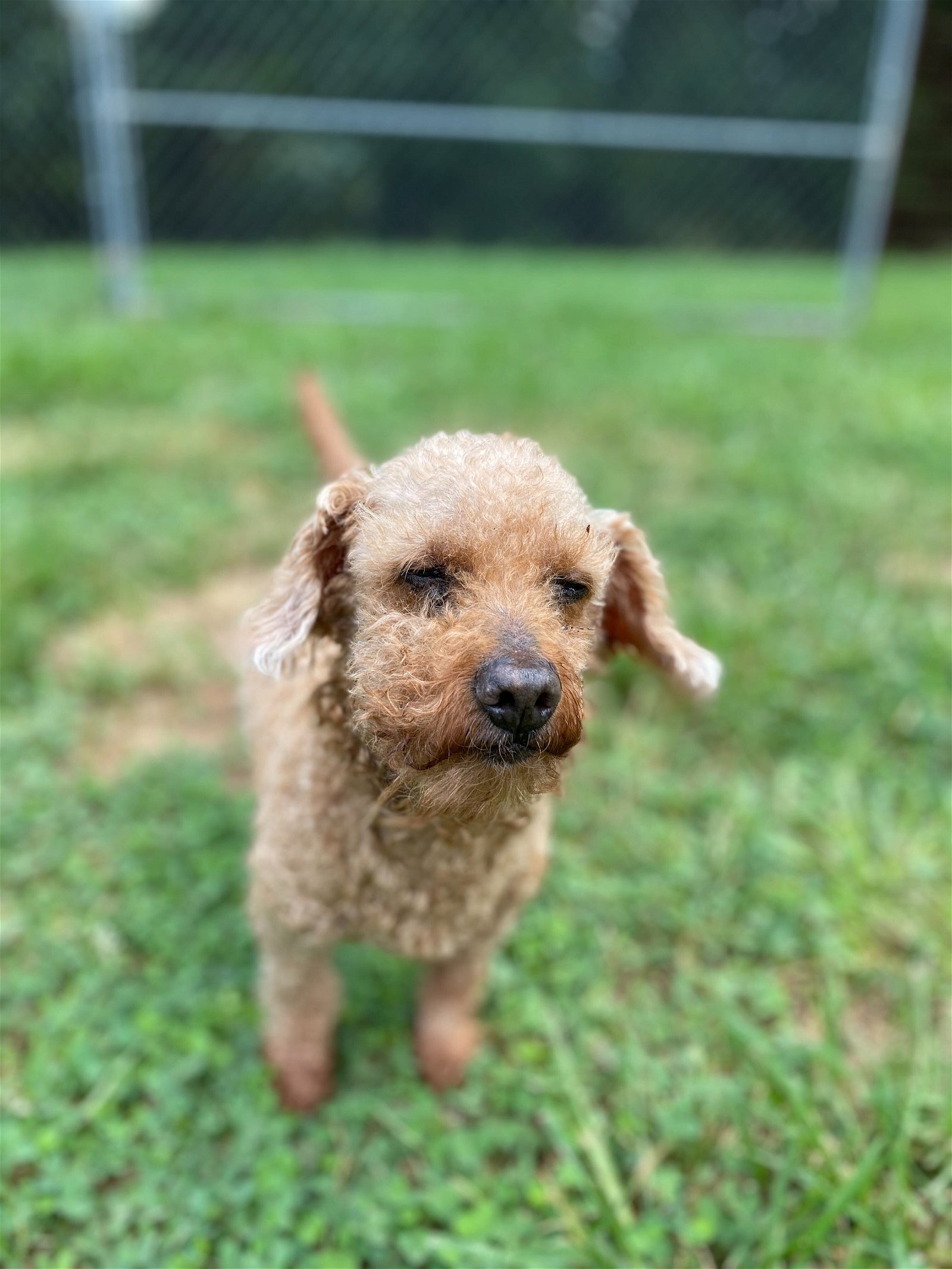 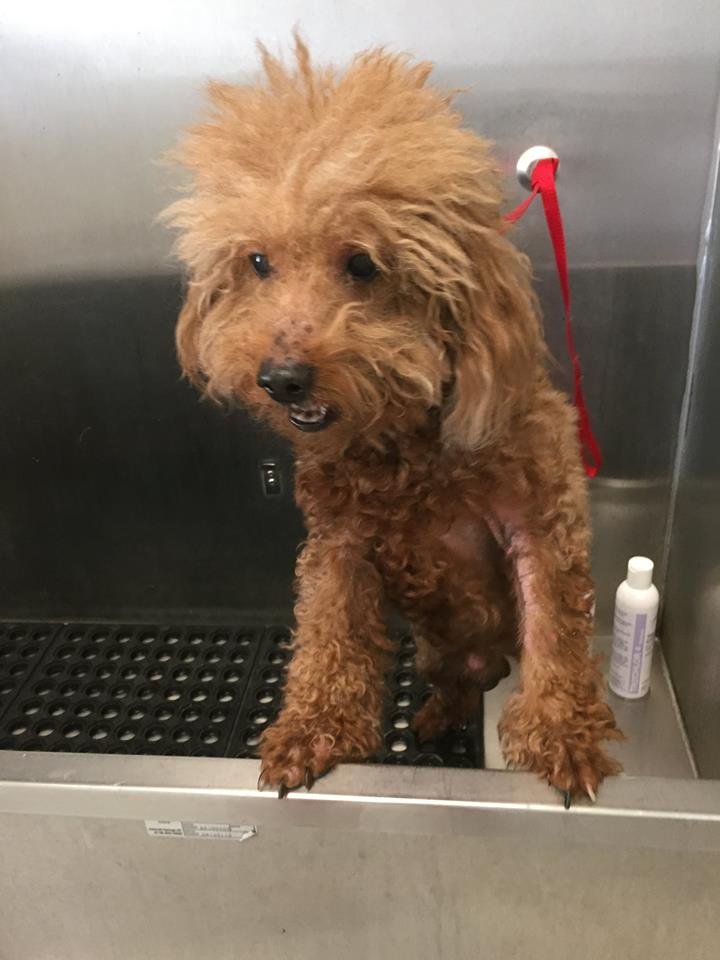 Prince was found as a stray in Georgia. He has not been well cared for and was probably not well bred.  He has an enlarged heart (4 out of 6 murmur) and is on medications to support that.  He gets ear infections easily and they hurt him. And he has periodontal disease and needs regular dental cleanings.

Prince is waiting for the one that will see him as the Prince he truly is.  He is a man that likes his crate and food. He likes to sleep so more often then not, so he enjoys being in his crate with lots of fuzzy blankets but. He sweetly will come up and lick the leg of his lead caregiver as if to ask politely, "Please put my in my crate". Being a little older he tends to use the bathroom wherever he pleases and would benefit from the use of pee pads.  He loves to lounge and lay in the sun and he amazingly likes to be given a bath.  He does well with other dogs and while he does not play, he co-exists peacefully.

Prince has opinions and when he wants out of his crate he is not afraid to let someone know. When Prince is happy, he gives a little smile. The caregivers at the farm think his smile shows that he has a playful side.

Love and security can do amazing things for a little guy like Prince.

Prince is adoptable to the right, experienced home. He tends to be a pretty easy going old man. He needs attention, loving direction and leadership. Prince is an independent dog in the sense that he does what he wants, when he wants, but looks for guidance from his humans. Being both blind and an epileptic he depends on his humans for a lot, causing him to soften up and settle down with his old age. It is unknown if he will ever be the lap dog type but there is potential there. He needs someone that understands he has had aggressive tendencies in the past and a commitment to allow him to blossom into the gentle senior he is known as today. Prince will not be placed in a home with children. He can peacefully co-exist with both cats and dogs.

I love my Virtual Adopters! Prince is looking for virtual adopters!