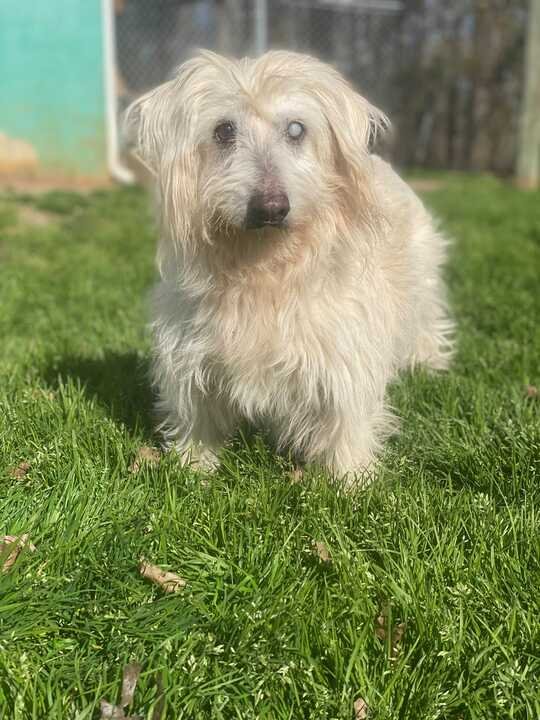 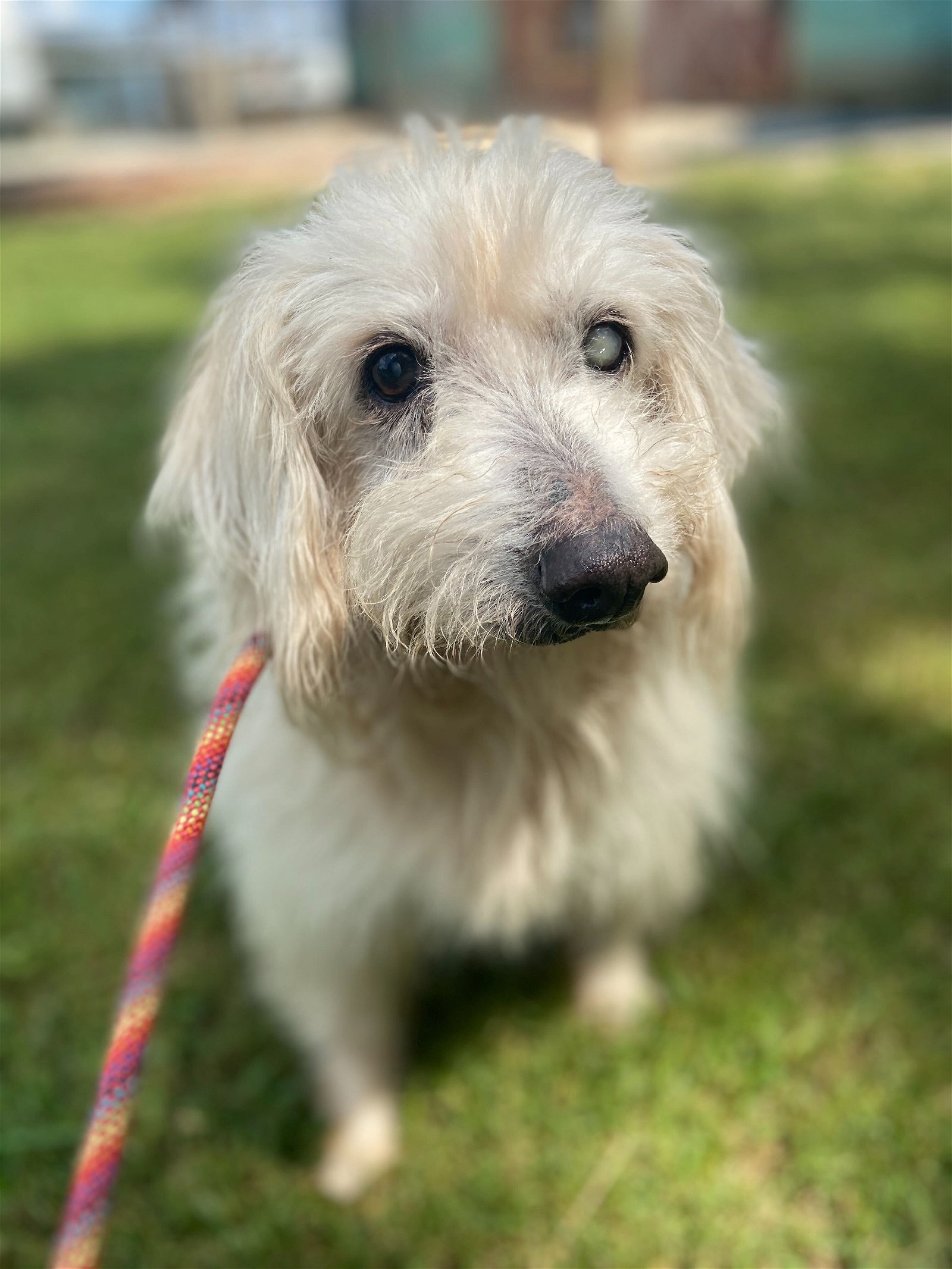 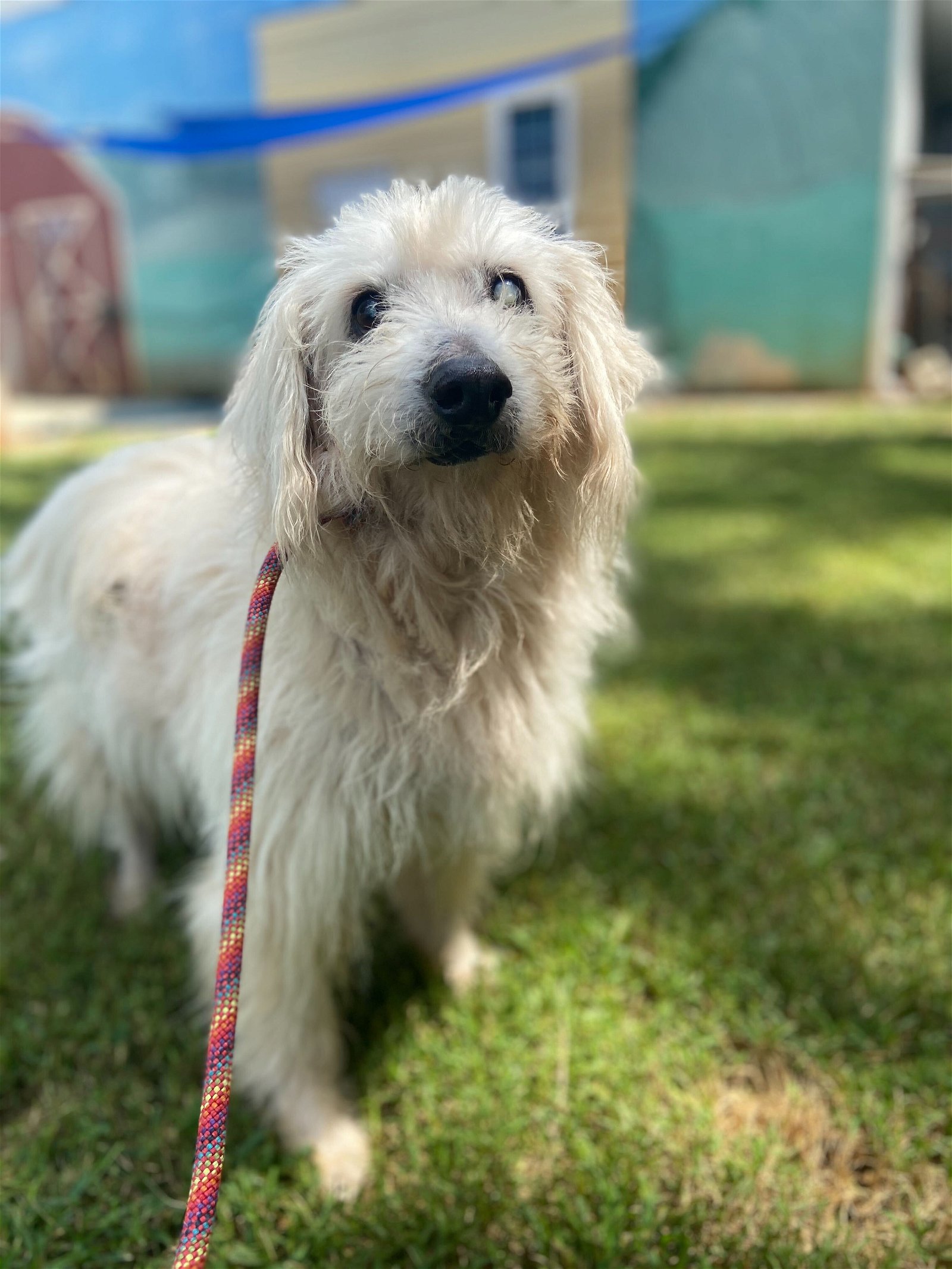 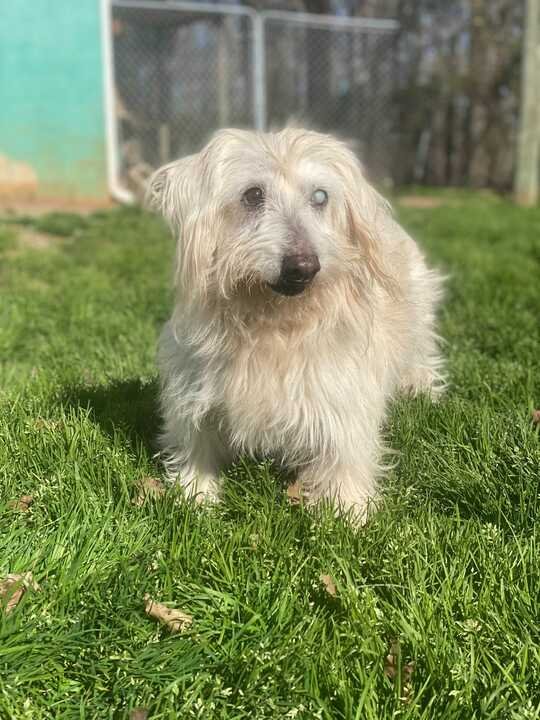 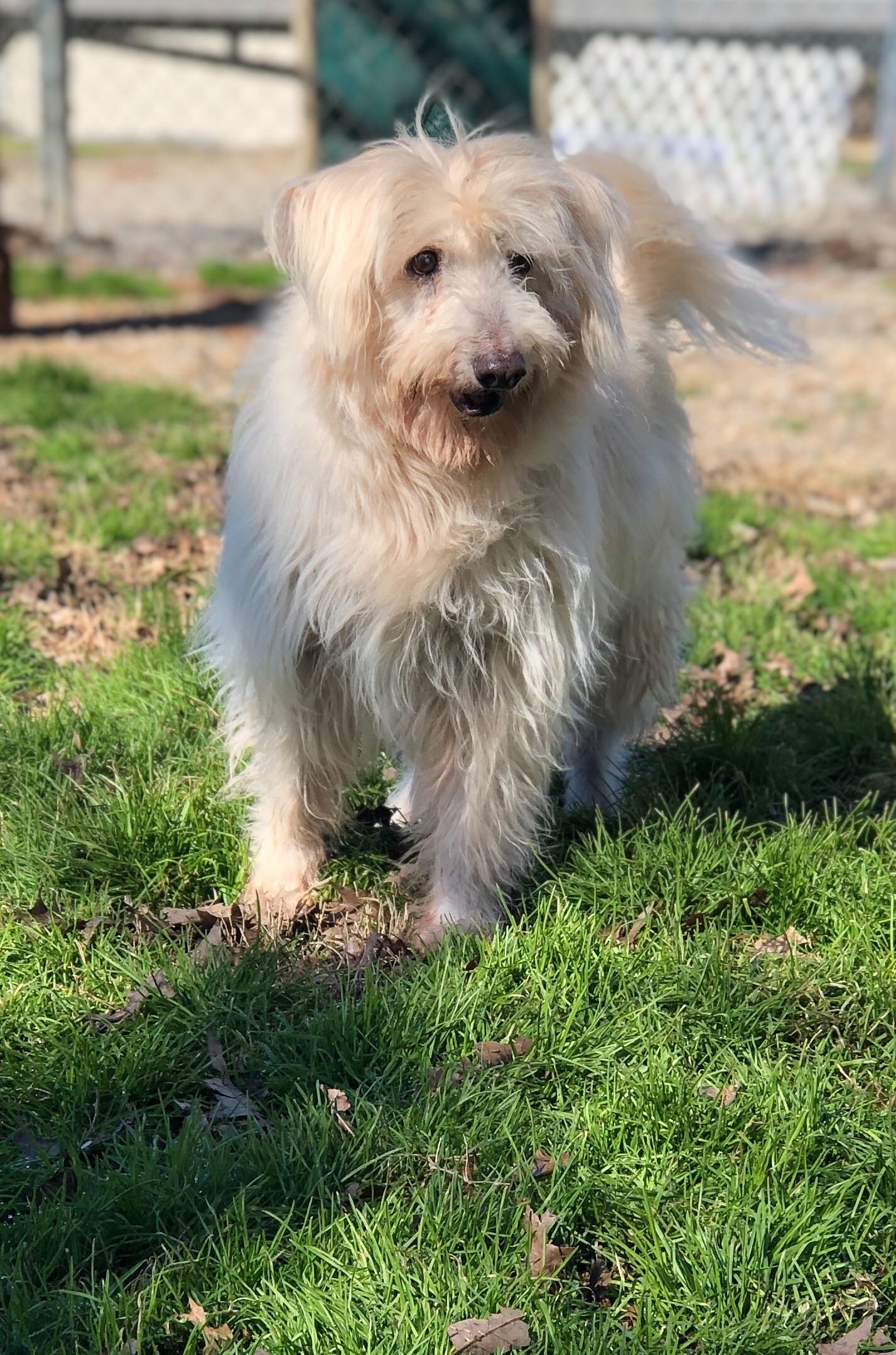 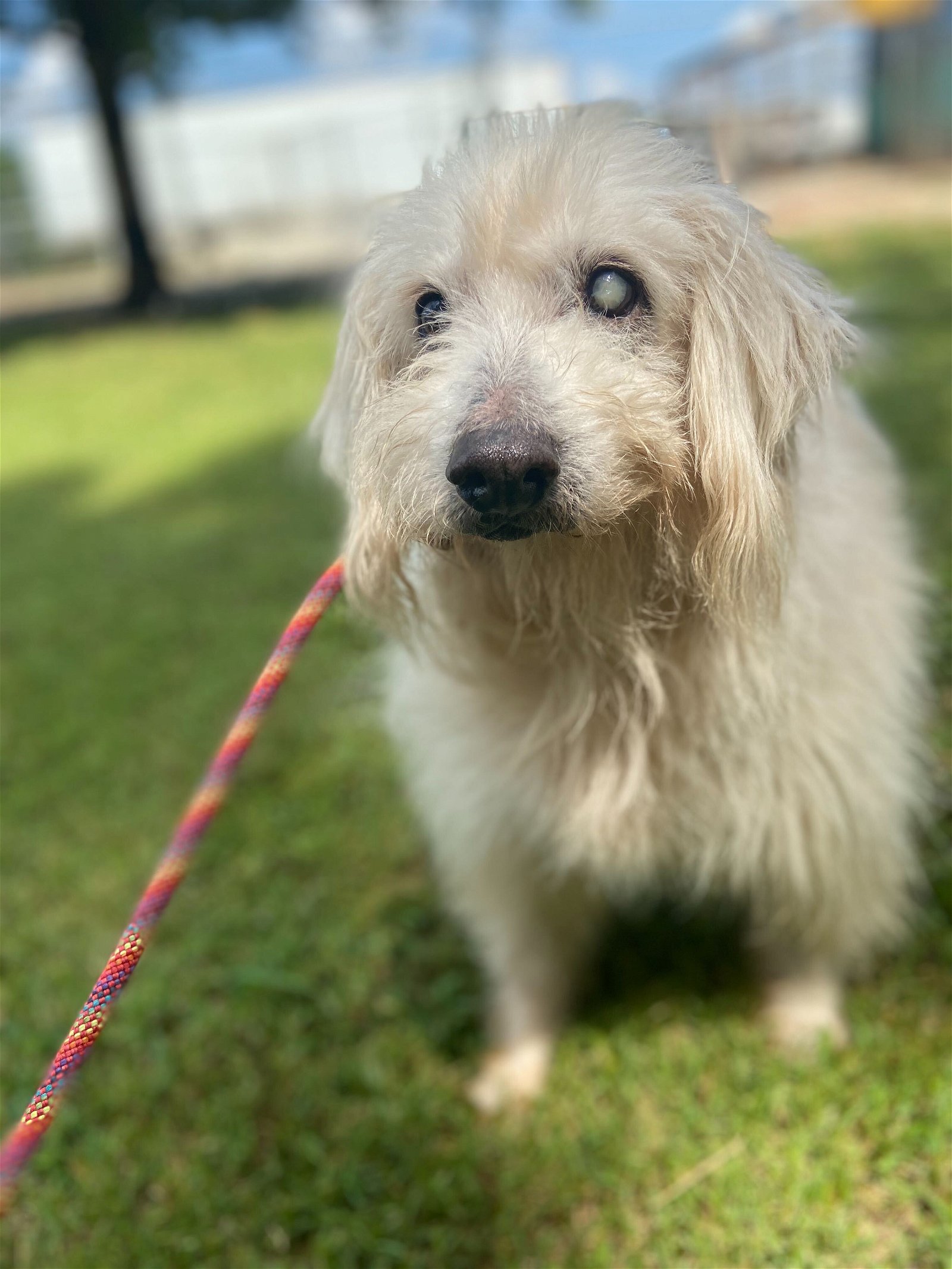 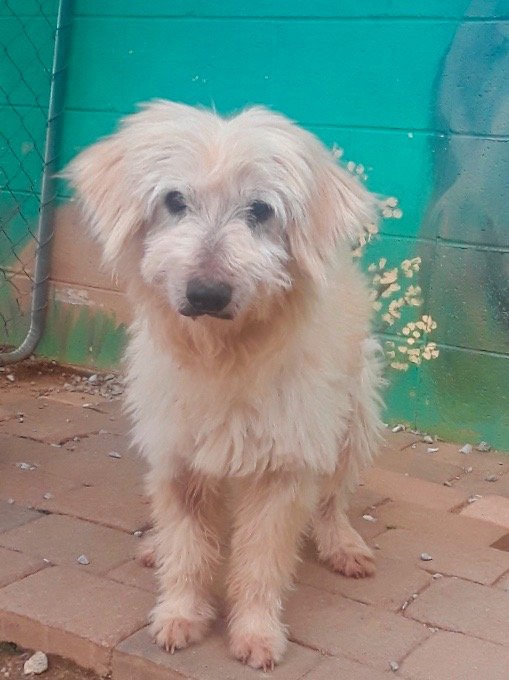 Seven dogs were seized in a neglect case and brought to Carolina Poodle Rescue. As there were seven, they were named for the seven dwarfs. This is Doc. None of the dogs had had much medical care before coming to Carolina Poodle Rescue. We think that none of them had ever been inside a house before either. All of the dogs from this situation were listed as miniature labradoodles.

Doc is a sweet older guy who can still play like a puppy. He has a great temperament and personality in spite of being neglected for much of his life. Doc is a couch potato. The only thing he is interested in is lounging on his couch with his girlfriend Happy Rose. He prefers to be indoors and most of the time you have to force him to go outside and enjoy the sun. He is the sweetest cuddler and would be fantastic for someone looking for a dog to snuggle on the couch all day.

Doc has come a long way since he joined our rescue. He arrived selective about other dogs. Today, Doc is happy with other dogs and has 2 playmates that he plays with every day. He doesn't know any basic commands and isn't interested in learning any. He absolutely loves treats and being spoiled. Doc is an older gentleman looking to spend his days in leisure.

Doc is adoptable to the right home. He is blind. He needs a quiet home with experience to understand vision impaired dogs. Doc needs a home where someone can be with him at all times, and watched when he is outside just to make sure he’s safe always since he is older and blind. Doc is not house or crate trained. We have been working with him for 3 years and he still hasn't mastered it. At this point he likely won't. Doc loves to wander in a fenced yard and enjoy the feel of sunshine and grass. He is not a dog that you will walk on a leash.

Can’t have a dog of your own? Have a soft spot for old, sick or hard to place dogs? It only takes a $20 a month donation for me to be your virtual dog! I need at least 10 virtual adopters (sponsors) to help cover my monthly costs.  If I have medical challenges I need even more! r having to leave your home, you can have your very own online dog that will send you update emails, make Facebook posts, and be eternally grateful for your support!  Go to the donate link at the top of the page for instructions as to how to donate. Questions?  Email: cprsosdogs@yahoo.com

I love my Sponsor Family! I am looking for virtual sponsors!