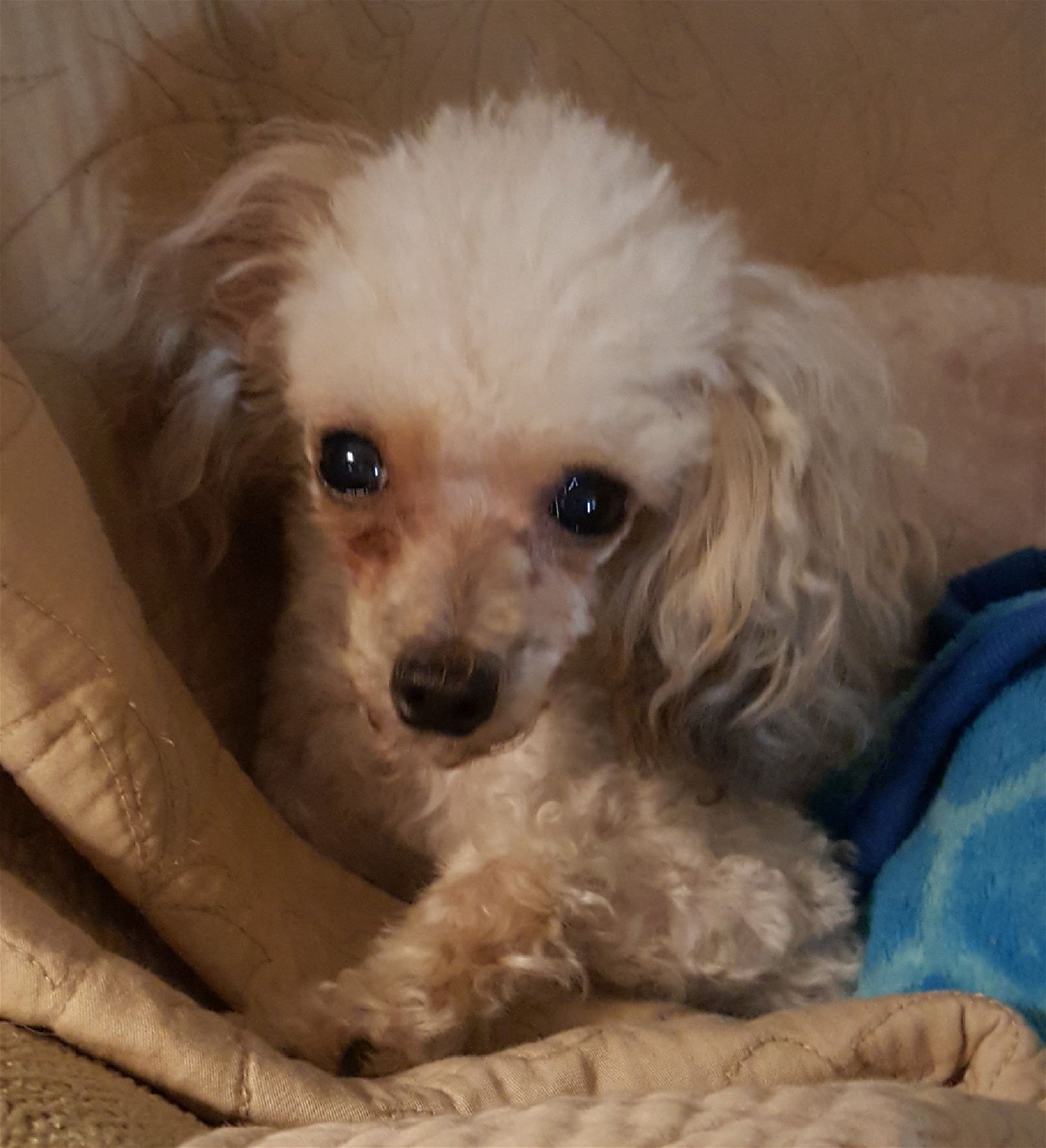 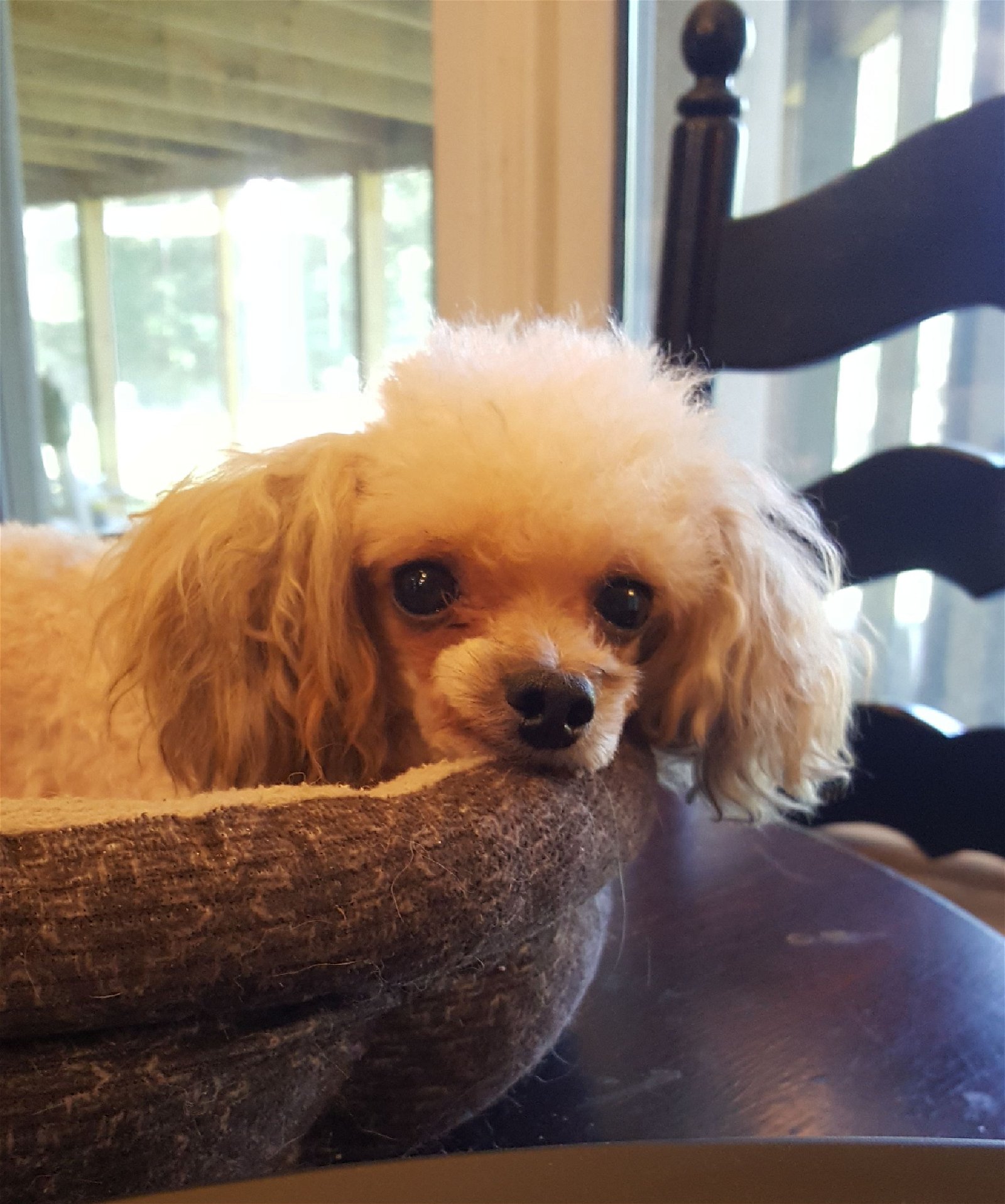 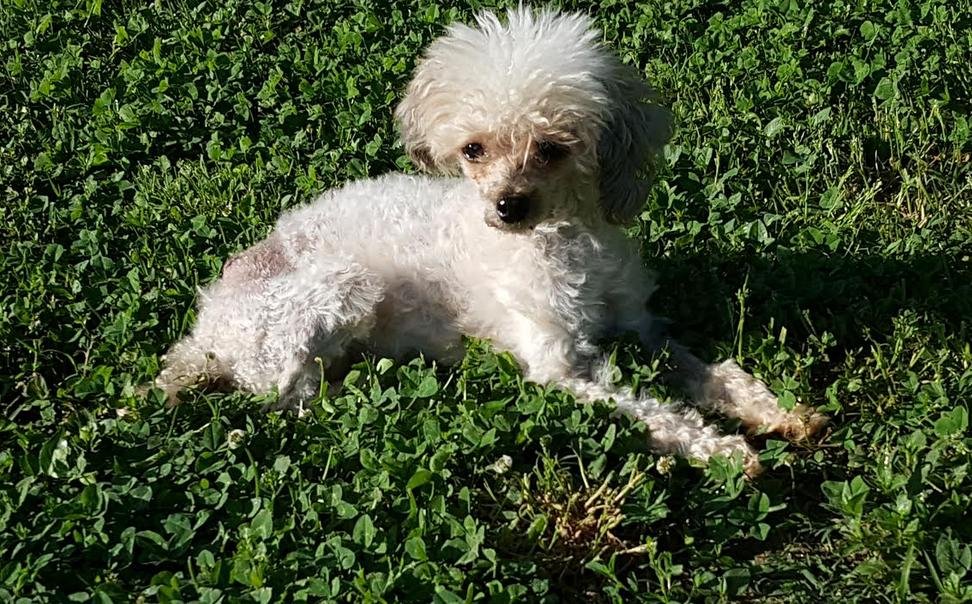 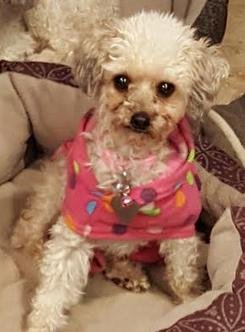 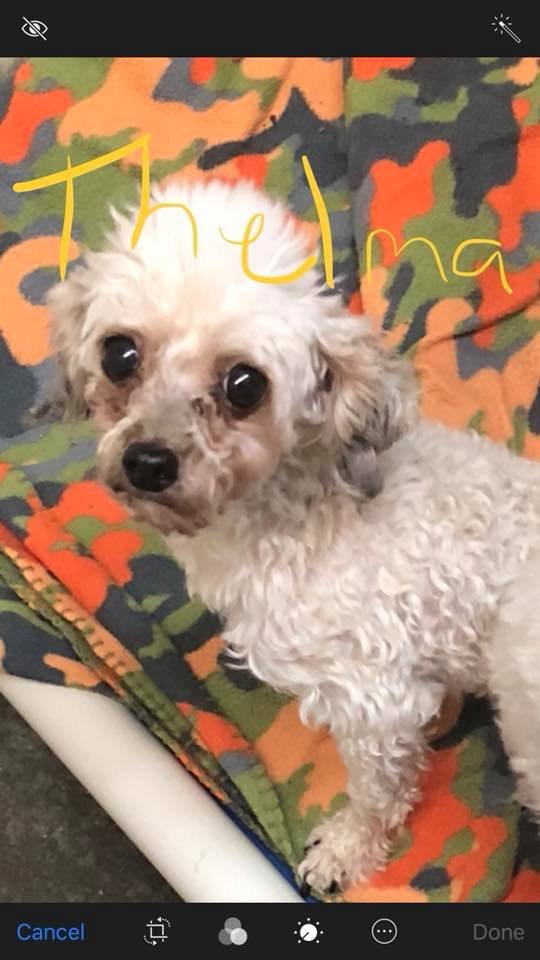 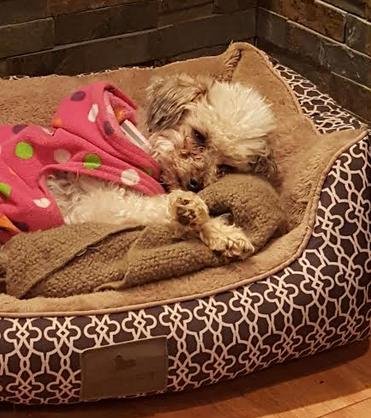 Thelma was surrendered to an animal shelter in KY with a group of dogs. Carolina Poodle Rescue took one look at her sweet face and knew she would join our sanctuary!

Thelma is just pretty.  And such a cuddle bug.  Loves, loves, loves to be held.  Thelma will dance around your feet, asking for attention and you cannot ignore her, she will not let you.  Thelma will cuddle in your arms, up around you neck or in your lap and stay.  However, when foster mom is in her recliner, she prefers to lay on the couch beside her.

Thelma can get a little bossy with the other fur babies here in the house.  If Thelma has gotten settled in a bed and is resting comfortably, she does not want another dog to bother her.  And she will give a FIERCE growl and sometimes, lunge at the dog who is getting too close to her.  Thelma also has a SHRILL high bark, and she likes to bark.

Thelma sleeps like a little champ and for the most part, eats well.  In fact, I have to be careful how much I feed Thelma, she eats until she makes herself sick.  Like other seniors, she can skip a meal, but that is unusual for Thelma.

Thelma hates to be groomed.  She will even fuss if you try to trim her away from the grooming table.  She is not aggressive, but will wiggle and squirm, making it IMPOSSIBLE to keep her on the grooming table.  Foster mom has only been successful in grooming her while she sits in her lap.  Thelma will also put up a good fight during visits to the vet.  It took FOUR vet techs to draw her blood.  They all brought her back to the exam room and explained how impossible Thelma was to hold down, mainly due to her small size.

Thelma has a bad back leg and we have opted to not amputate due to her severe heart murmur.  She gets around with no trouble but can slip on slippery surfaces easily, such as wet cement surfaces on our front porch.  Thelma does not do steps well and always uses our ramp as we go outside.  She will sometimes come up the ramp, but normally she sits at the bottom waiting to be carried indoors.  We do not allow Thelma outside by herself due to her small size and the fact we live in a rural area.

The main concern with Thelma is her heart murmur.  You can actually detect the murmur as you hold her.  Our vet feels she will go into heart failure at any time.