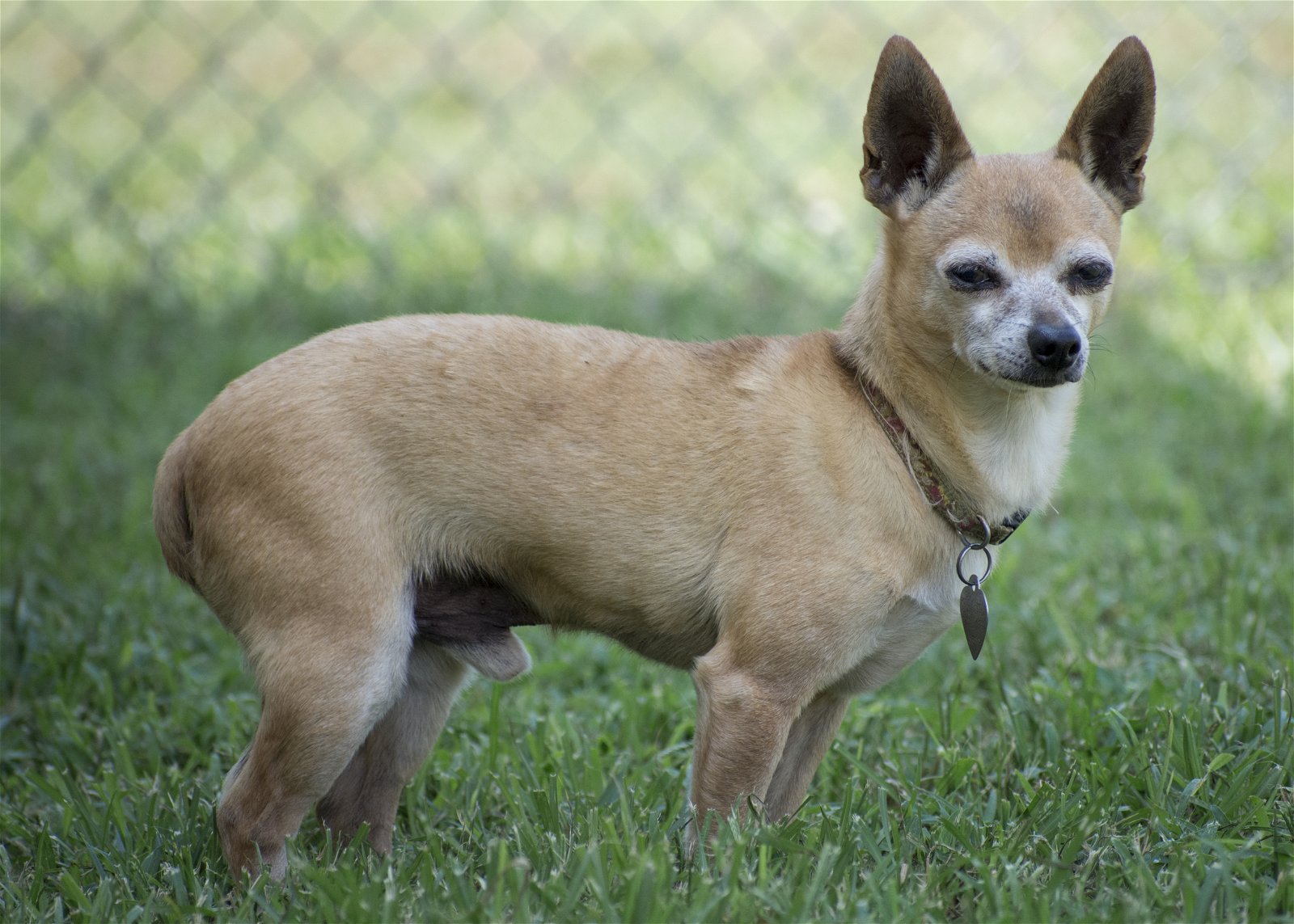 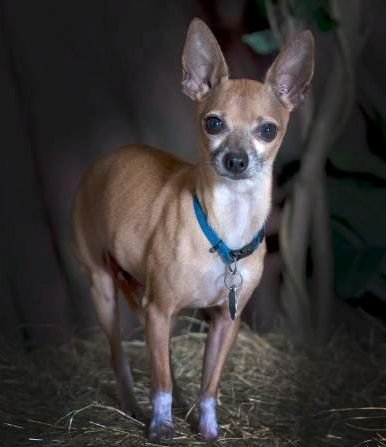 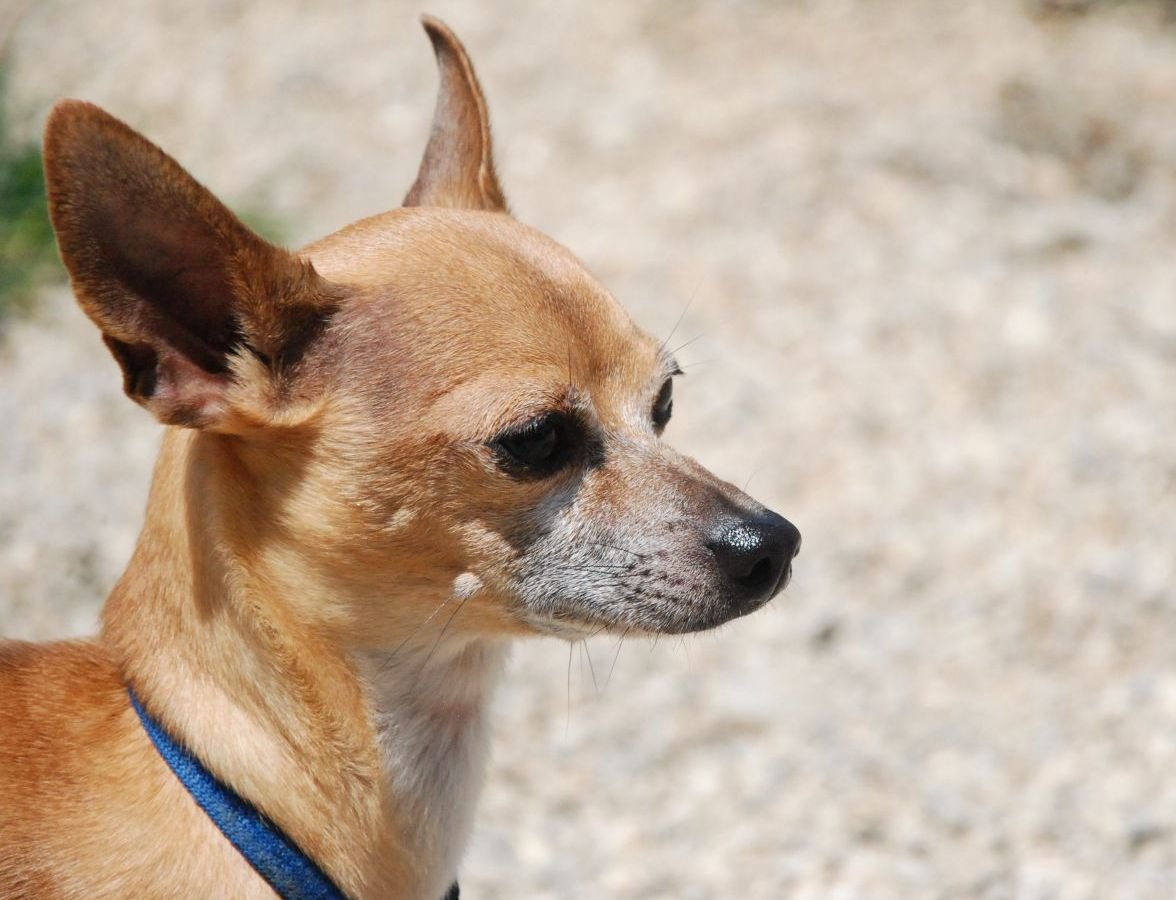 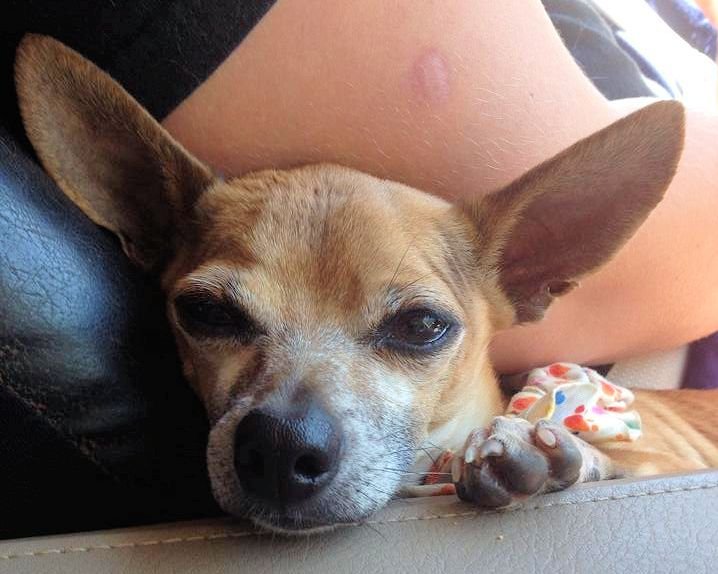 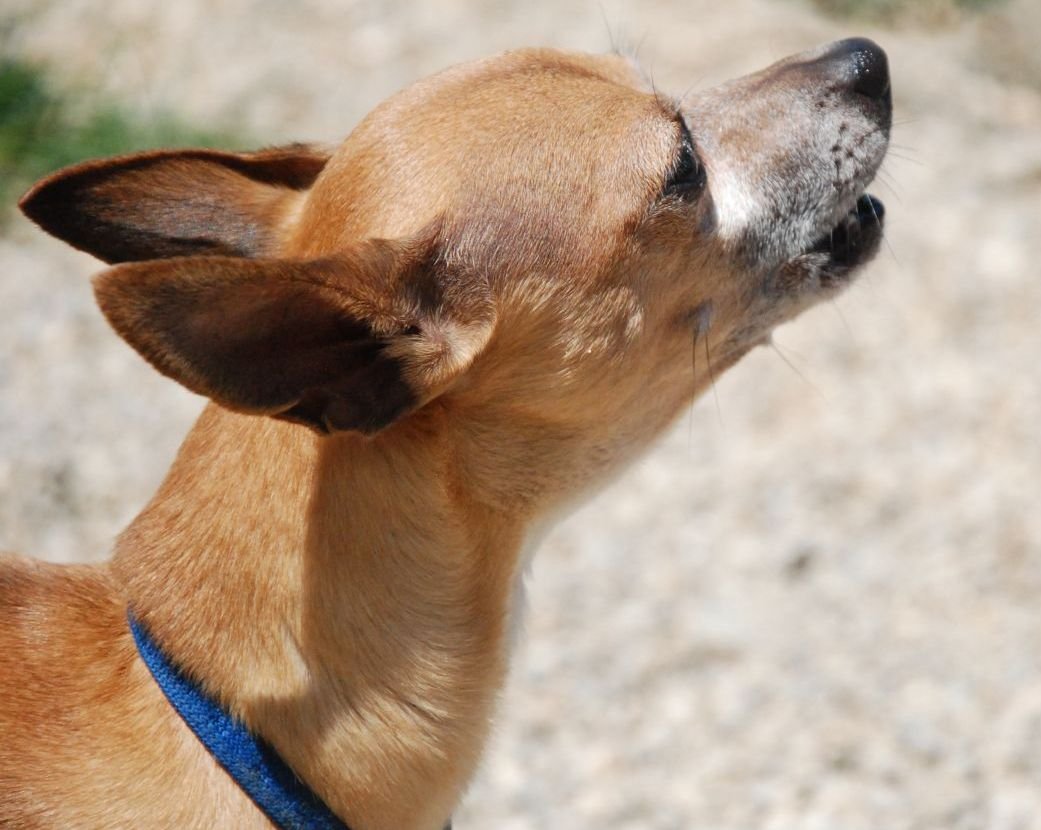 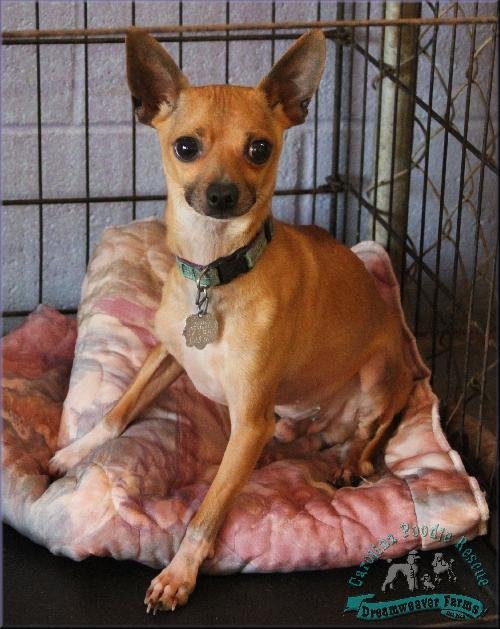 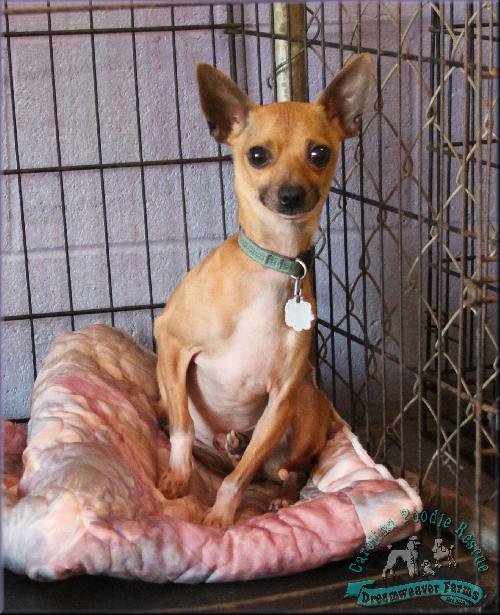 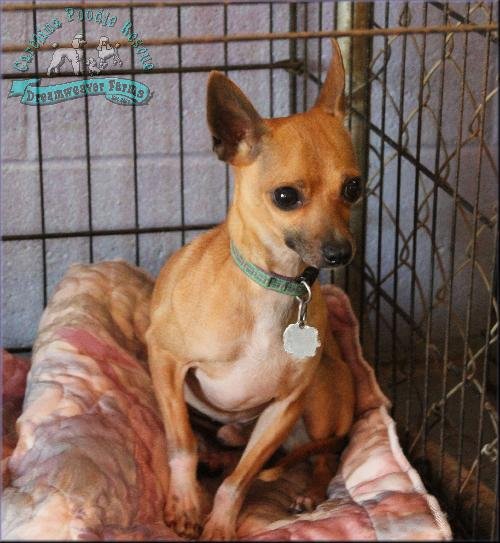 Lil Bit is a permanent SOS dog and is not available for adoption.

Little Rascal or Lil Bit is one of the longest residents at the farm.  In 2009, I was called in to help with a breeder/hoarder who had been given an ultimatum - give up some of your dogs or we'll take them. Several poodles were in the bunch and already loaded when a little boy with tears in his eyes approached the van, clutching a tiny brown thing that looked for all the world like a miniaturized deer.  Two sets of brown eyes stared at me - one sad, one fearful.  He said his mama said he had to, that they had too many dogs and that they had to go to a better place.  He told me the dog's name was Little Rascal and he was 3 years old.  Then he put the tiny pup in a crate in my van and then he ran away as fast as he could, I suspect so I wouldn't see the tears I had already seen fall.  It was a sad day for both of them.

Little Rascal was mine and many hours later when we pulled into the farm, I wondered just what I had taken in.  The minute the crate door was open, he was out like a bullet from a gun, bounding across the securely fenced in yard, looking for a way out, a way back, anything but what we had to offer. What a way to begin.

I wish I could say things got easier fairly quickly but they didn't.  Chihuahua's have the longest memories in the world and Rascal was no exception.  He remembered his little boy and he wanted no part of farm life. He wanted to go home but home was here now, even though his heart was far away.

The hardest part about this story to write is this next part because a few years after arriving, Rascal did finally give his heart to someone and, after working with him at the farm for a while, she adopted him and took him home.  She could not touch Rascal, but he would happily touch her, sit on her, follow her everywhere and he wanted only to be a tiny little satellite to her sun.  Simply to be near her was heaven for Little Bit.

Sadly she was young and sometimes young people can't always see how much good they have done when things get tough.  Before a year was out, she brought him back to our farm with a whole list of problems.  He still wasn't fully house trained.  He still barked at strangers.  He sometimes dashed out the door or got out of the fence and once even got grazed by a car.  Many, many things listed but they all boiled down to one thing - once again Rascal had to watch someone he had trusted walk away.  Once again he was abandoned by someone he had tried to love.

Little Bit now lives with our director and here he will stay.  He's not quite as enamored with her as he was with his other two owners, but she sees little glimmers that perhaps one day, he may realize that the third time is a charm.  That he is wanted. That is he loved exactly the way he is.  That this farm in the country, where he hangs out with the standard poodles and barks at the horses and nobody minds, is a good place. Where he can have good food and good care and no one expects him to trust but just to follow the routine, eat well, and come inside when it rains.  He's pretty fine with that and one day, one day we hope he'll be fine once again with a lap to occasionally sit on and maybe even take a treat from a kind hand.  We can hope.

Little Bit's life has value and meaning to him.  It may not be what we perceive a life to be but he is happy with it.

Can’t have a dog of your own? Have a soft spot for old, sick or hard to place dogs? It only takes a $20 a month donation for me to be your virtual dog! I need at least 10 virtual adopters (sponsors) to help cover my monthly costs.  If I have medical challenges I need even more! r having to leave your home, you can have your very own online dog that will send you update emails, make Facebook posts, and be eternally grateful for your support!  Go to the donate link at the top of the page for instructions as to how to donate. Questions?  Email: cprsosdogs@yahoo.com