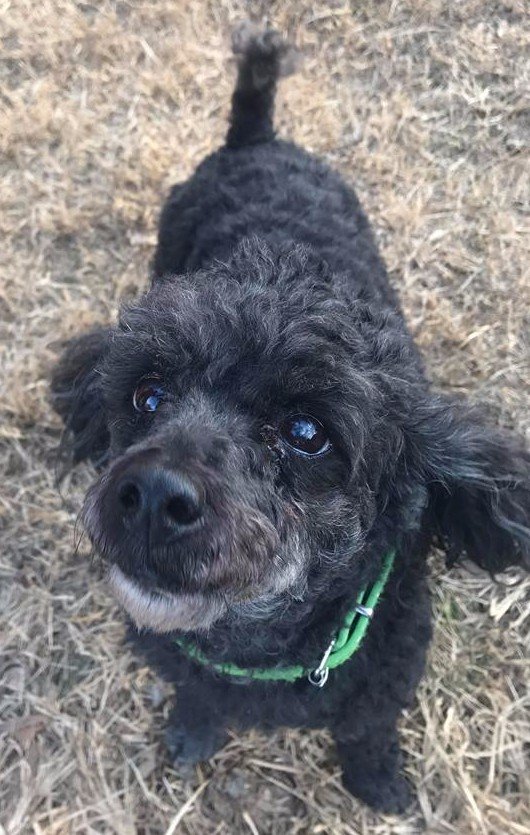 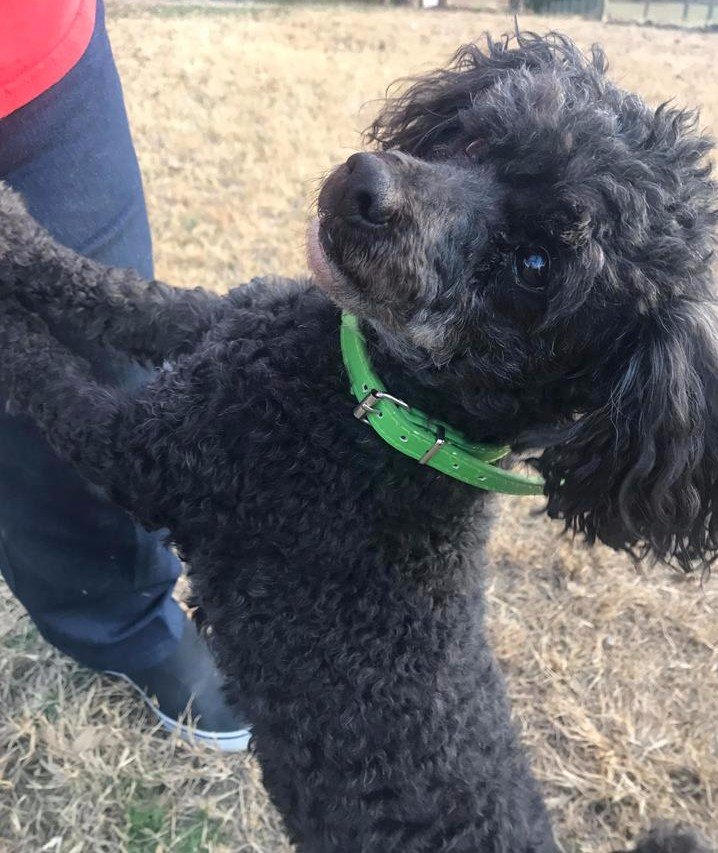 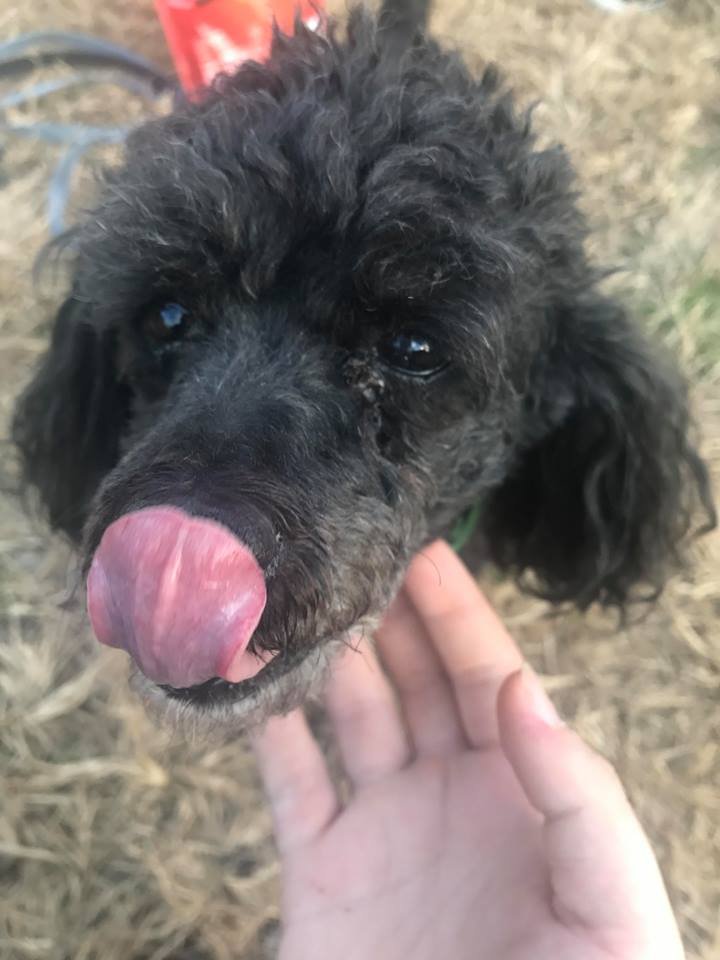 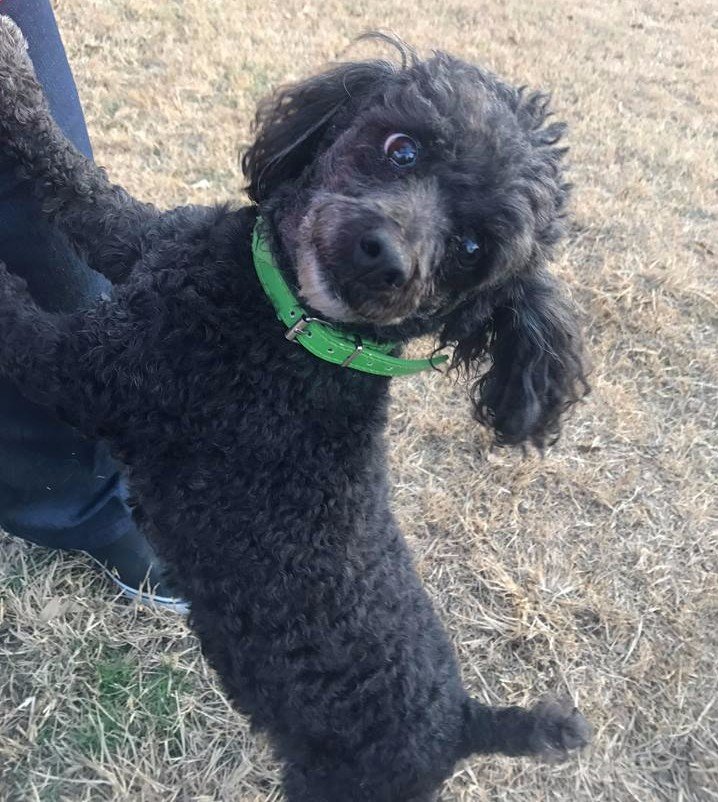 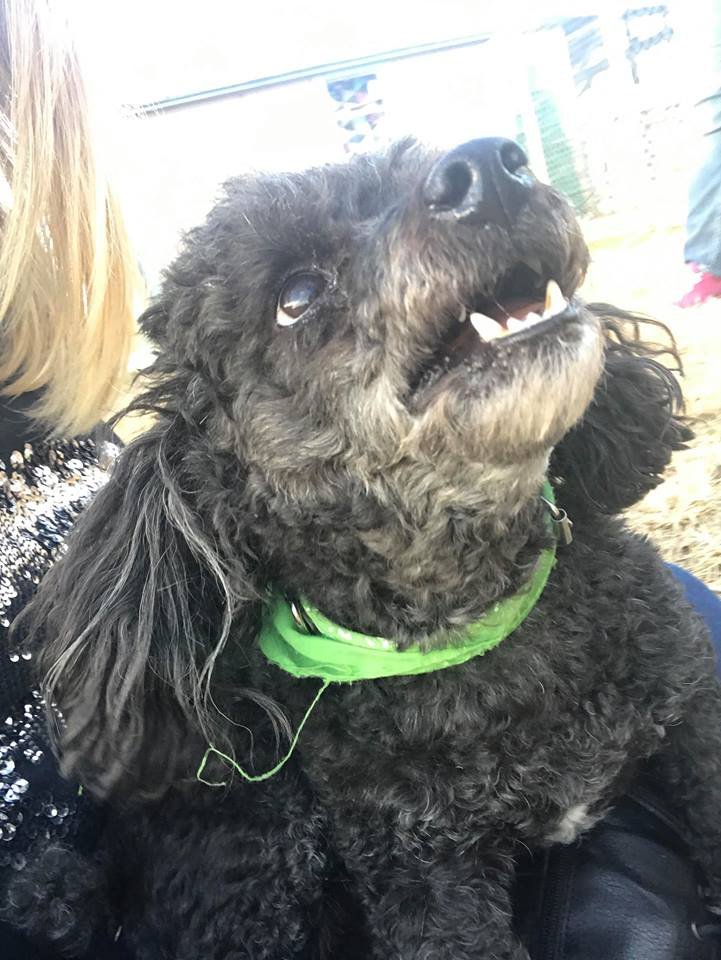 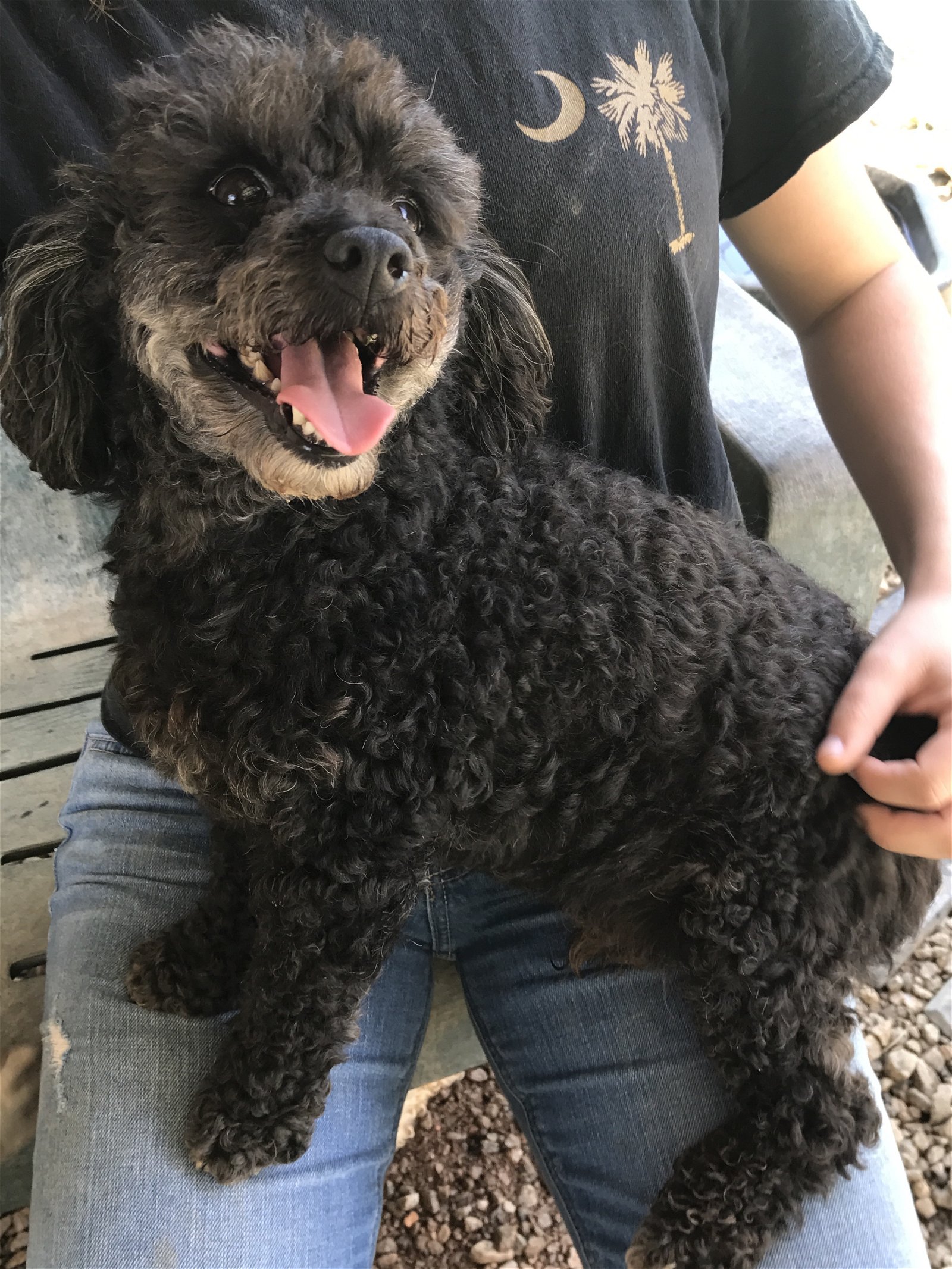 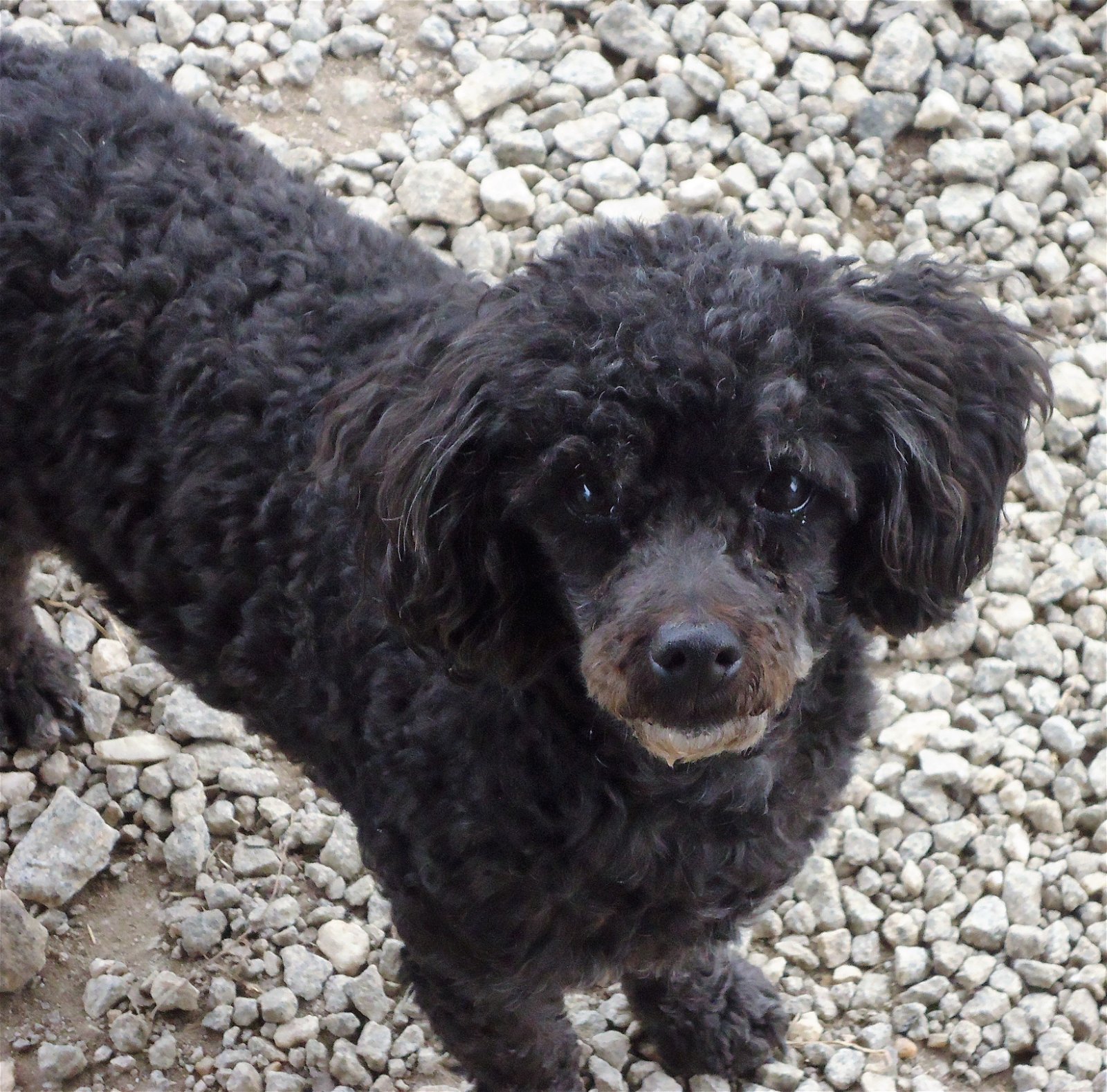 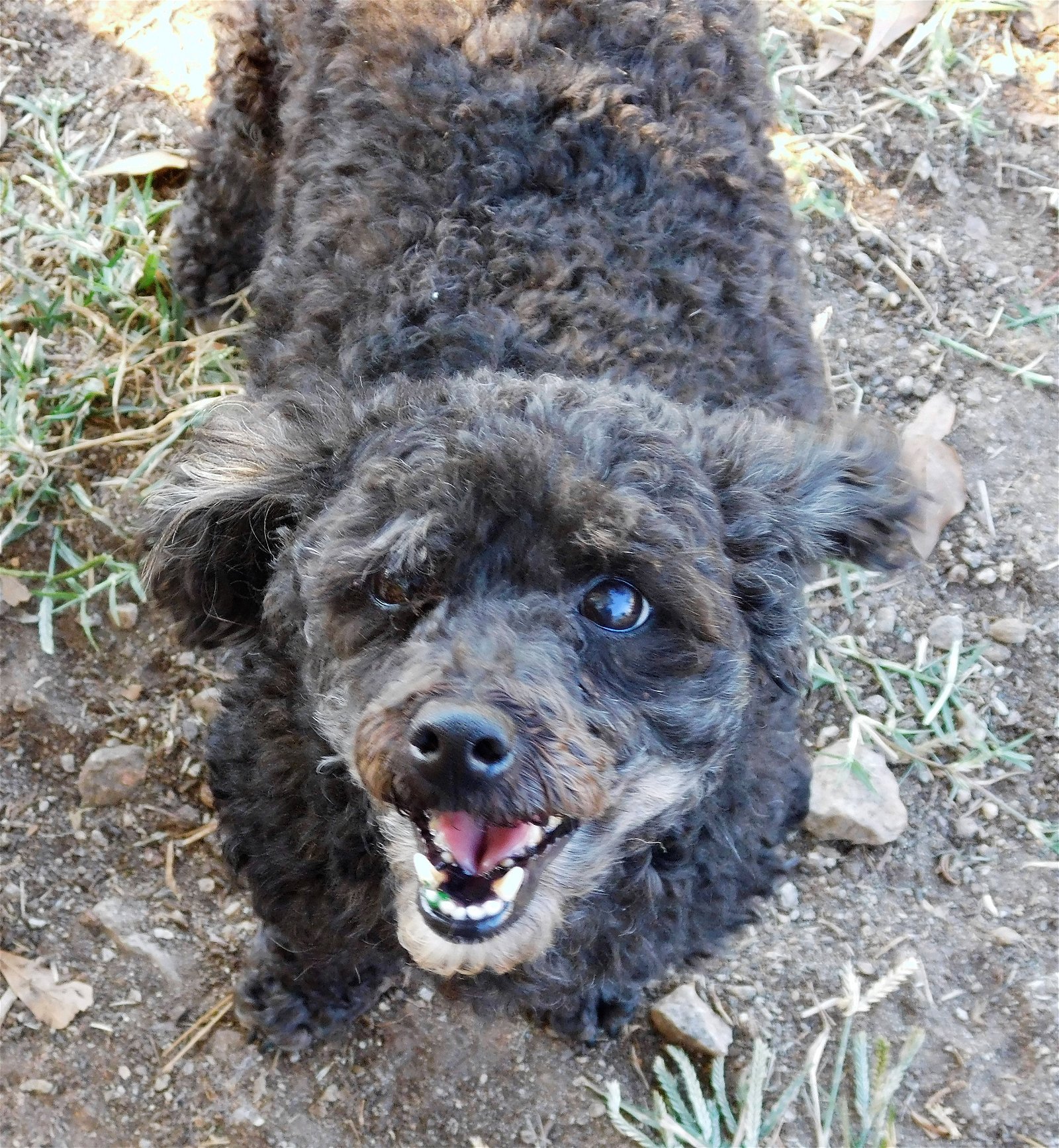 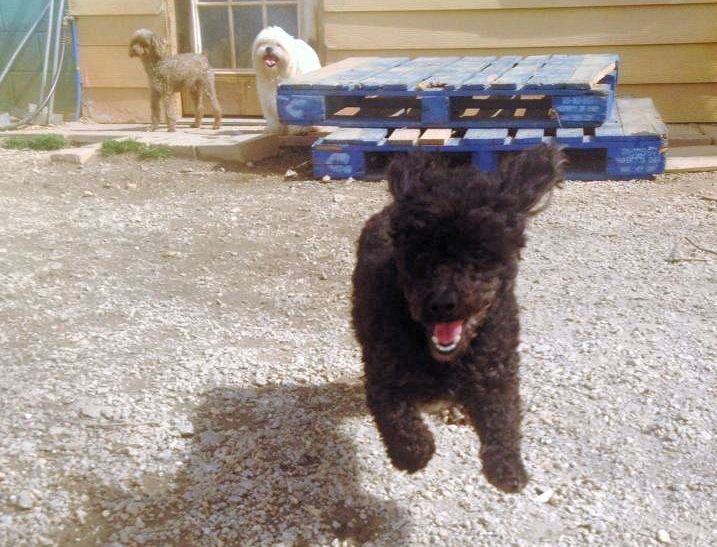 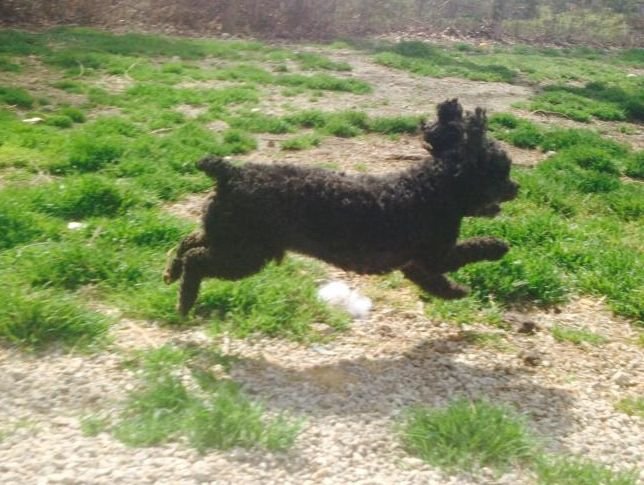 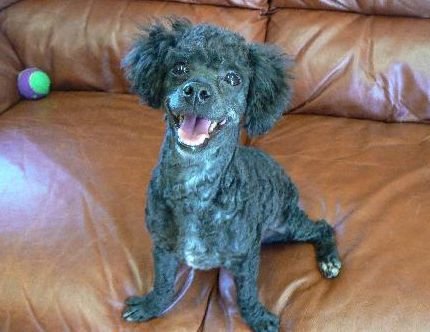 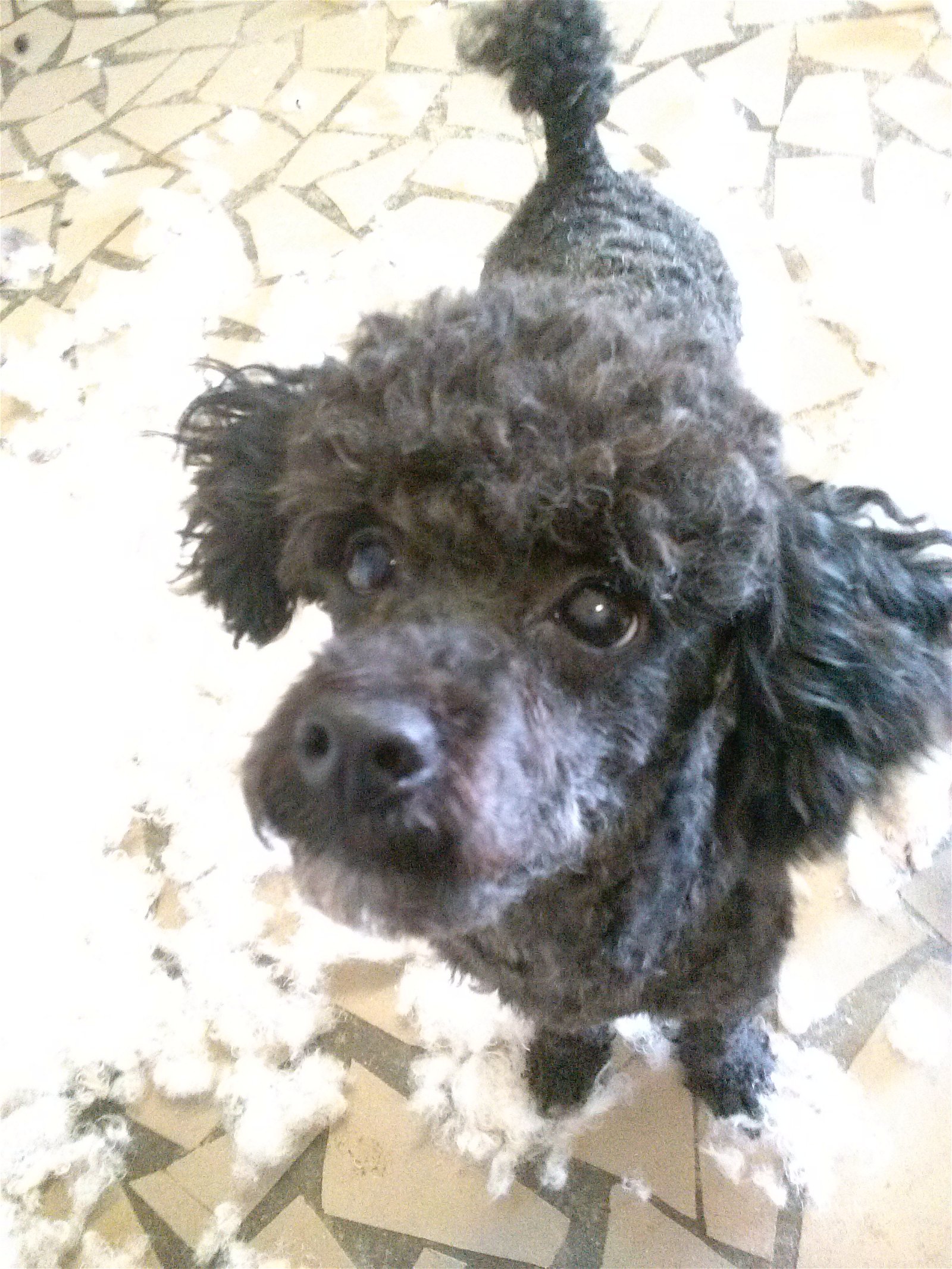 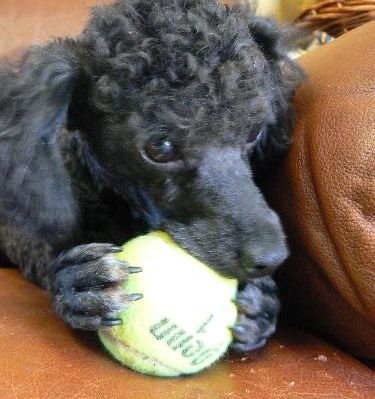 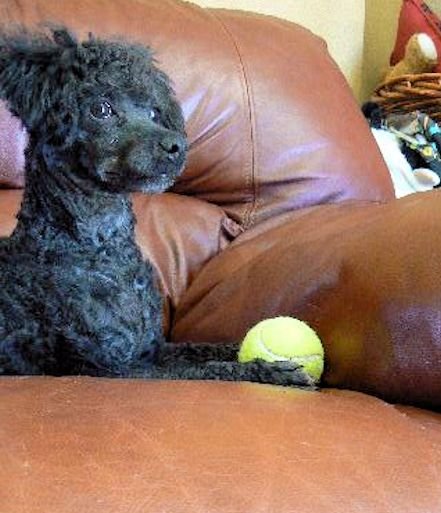 In the world of rescue, too frequently we don’t know a dog’s journey, only that we say yes when they need us. What you think will be highly adoptable turns out to be a special baby that needs time and patience and love. This all too familiar story is the story of Maverick.

Mav (as he is affectionately called by his foster mom) came to Carolina Poodle Rescue in 2013. He’d been found as a stray in Cumberland County, NC and at 6 years old looked like a highly adoptable toy poodle. When he arrived at the farm he was terrified. And biting out of fear. And unpredictable. Yet something in his eyes kept saying he wanted more.

Enter foster mom Judy. Judy called one day and said she’d had her eye on Maverick for a while and wanted to foster him. She was committed to working with Maverick and knew there was more to this boy. And boy was she right!!

Maverick is a dog with whom trust must be earned, but once it is, he will respect the boundaries you set and keep for him. Mav will try his best to duplicate a behavior if he is told he’s a good boy and praised. He is leash trained and enjoys going for walks. He is crate trained but prefers not to be crated and responds much better when there is not a crate to guard. He is doing a decent job with house training. Foster mom is working with Maverick now on coming when called.  He will always come when called if food or his leash is promised.   Otherwise, he is stubborn about this.

Maverick may present as a little boy with a big ego, but he is, in fact, very sensitive & somewhat shy. He needs:  routines, to know what is expected of him, to know his human can care for him / keep him safe, to know his human is in charge of things.  But he also needs some give & take and an adequate amount of pampering.

Maverick needs a quiet home with a very consistent owner and a commitment to positive reinforcement. He needs a home with no children. He needs to be in the only dog in the home, with regular playtime with other dogs. Having a person home more than away would be a real bonus!

Can’t have a dog of your own? Have a soft spot for old, sick or hard to place dogs? It only takes a $20 a month donation for me to be your virtual dog!  I need 10 virtual adopters (sponsors) to help cover my monthly costs.  The caregivers at Carolina Poodle Rescue will do the rest.  Just think, without ever having to leave your home, you can have your very own online dog that will send you update emails, make Facebook posts, and be eternally grateful for your support!  Go to the donate link at the top of the page for instructions as to how to donate. Questions?  Email: cprsosdogs@carolinapoodlerescue.org