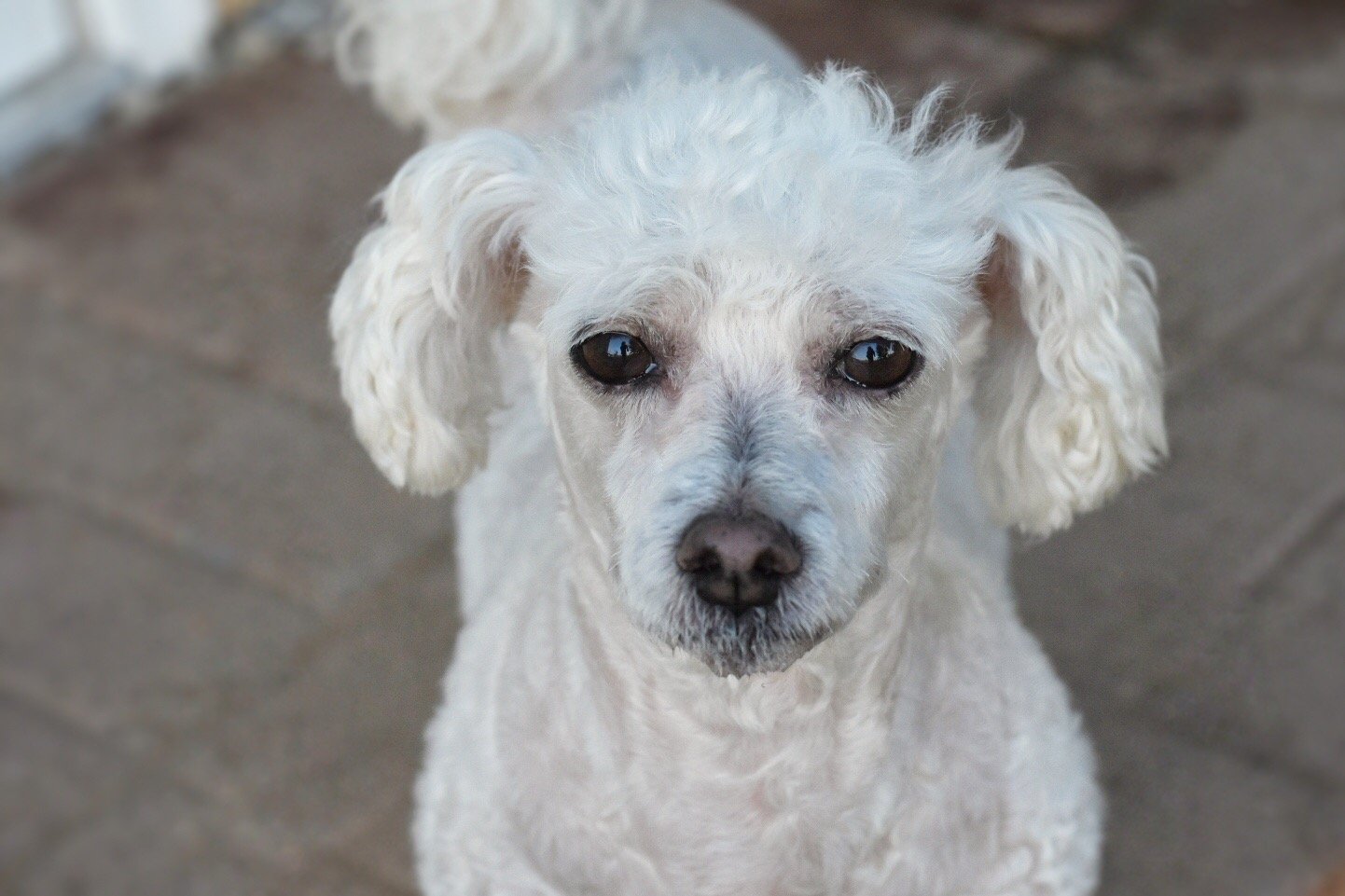 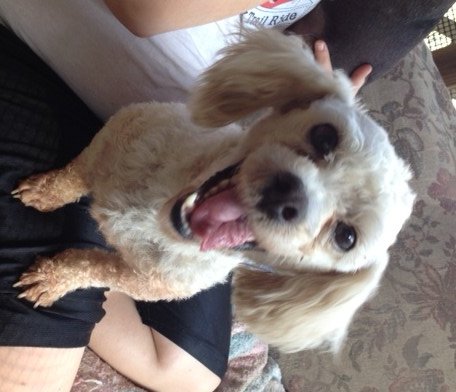 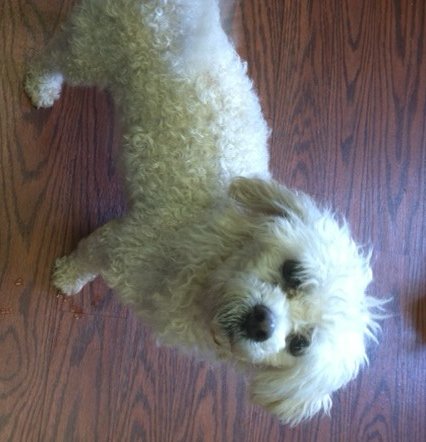 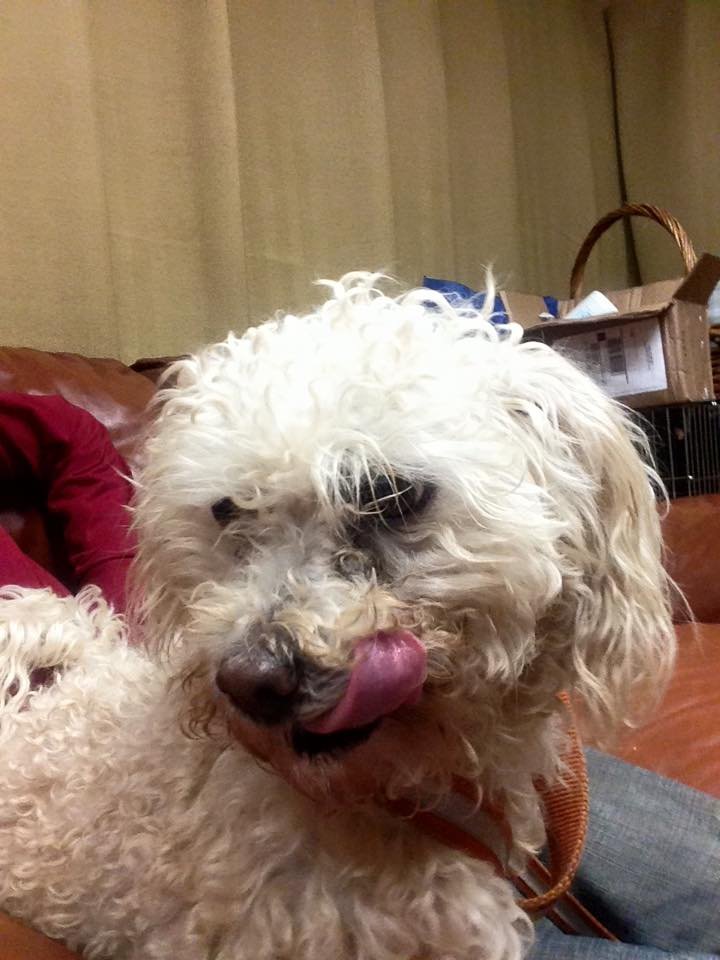 Name: Lou
Gender: Male
Breed: mini poodle mix
Estimated Birthdate: 5/9/2011
Height: unknown
Weight: about 15 lbs
Good with dogs: yes, as long as they give them my space
Good with men: sometimes
Good with women: sometimes
House trained: working on it
Crate trained: yes
Leash trained: no
Must have fenced in yard: yes
Adopt

Lou came to Carolina Poodle Rescue in 2014 after being found as a stray in Georgia. He'd clearly been accustomed to living alone and fending for himself, and that independent streak has stayed true in his life at the farm.

Lou is an interesting guy. He keeps to himself a lot of the time, but he gets along ok with other dogs as long as they give him his space. Lou does not like to be petted, except for belly rubs. He does love those! He will snap at you if you try to pet him anywhere else on his body. Lou can be stubborn at times. He has a lot of energy - and since he doesn’t like leashes, a fenced in yard would be a necessity. He is very observant; out in the yard he generally stands in the corner or somewhere along the fence looking out in the field or towards the offices. He is usually the first one to bark if there is any movement anywhere. And when he barks, he kicks rocks everywhere!

Lou is adoptable to the right home. He needs someone that has a relatively calm lifestyle with few visitors. A home without children is a must. Lou is not your typical "pet". He is fine just being in a space where you are. Any home considering Lou would need to be someone that is ok with knowing they are just providing him with a good home and may never reach a level of real affection with him as they would other dogs.