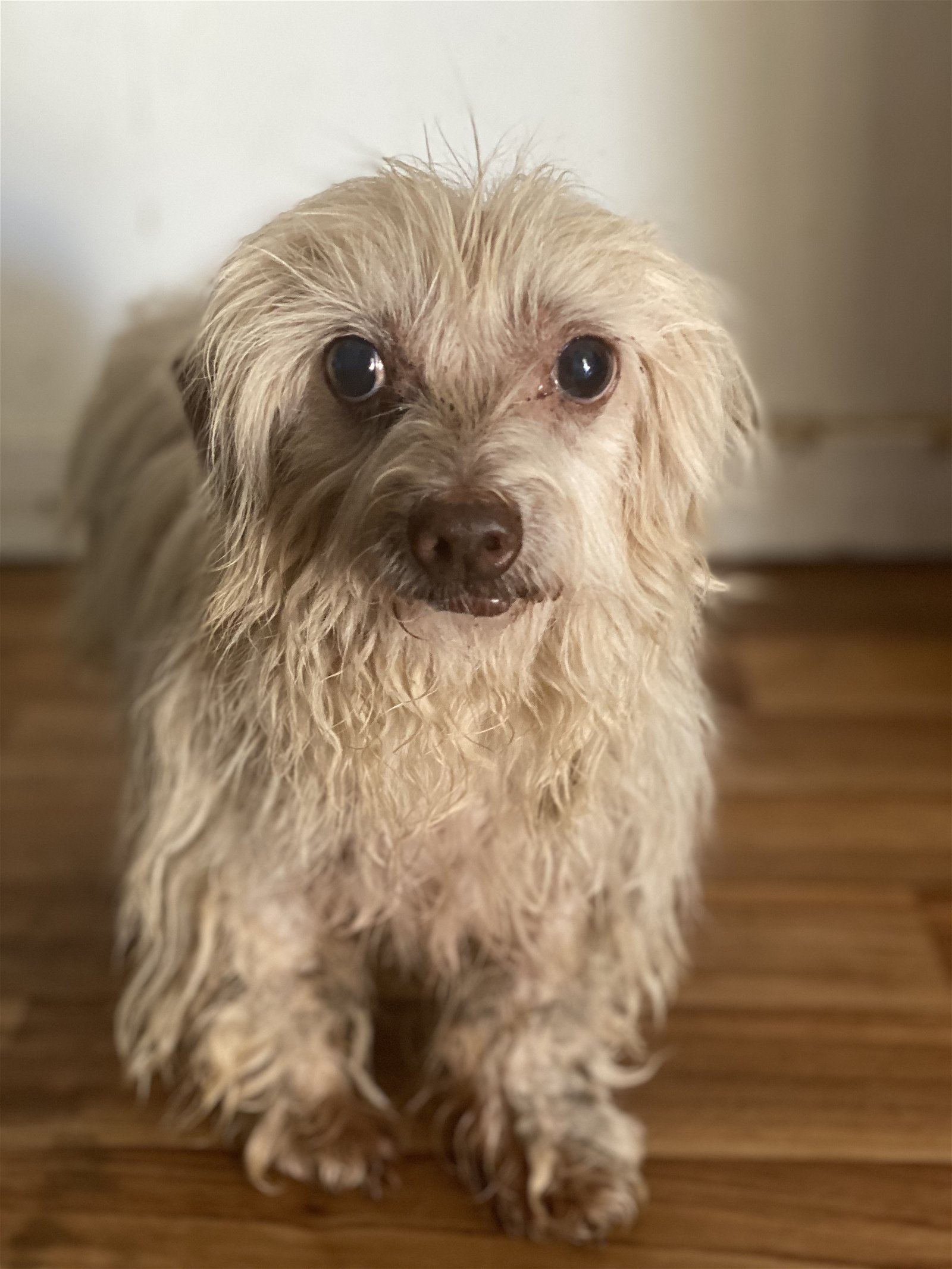 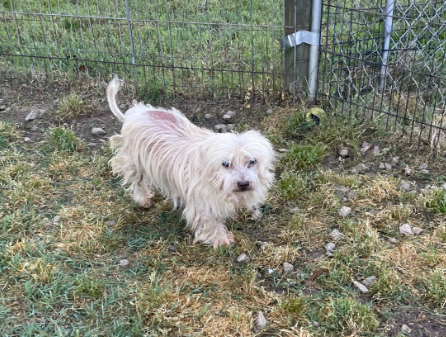 Little Man landed at a local shelter as part of a hoarding case.  Carolina Poodle Rescue pulled him from the shelter. Since arriving in rescue in March 2021, Little Man has learned the routine of rescue and made clear that he is happiest here where he can live on his terms. Thankfully our sanctuary program allows dogs like Little Man to live their best life on their terms in rescue.

Little Man can be nervous around people although he does warm up to them in his own ways. He’s not a lap dog but he likes to watch his people from afar and observe them as they go about their daily task.  Since Little Man has been here at the rescue he has really taken to the daily routine. His one request is you don’t touch him! Little Man came from a hoarding situation and now that he has found us here at the farm he has relaxed knowing he is safe and sound. He has a bed to call his own, his own toys, and has the promise of food every day without other dogs taking from him.

Little Man has become the perfect companion to some of the more nervous dogs here at the farm. He takes them under his wing and let’s them cuddle with him on his bed. He gladly shares with his fellow companions. One day we hope to bridge the gap between him and people but this will be on his own terms and in his own time.

Can't have a dog of your own? Have a soft spot for old, sick or hard to place dogs? It only takes a $20 a month donation for me to be your virtual dog! I need at least 10 virtual adopters (sponsors) to help cover my monthly costs.  If I have medical challenges I need even more!  If I have medical challenges I need even more! The caregivers at Carolina Poodle Rescue will do the rest.  Just think, without ever having to leave your home, you can have your very own online dog that will send you update emails, make Facebook posts, and be eternally grateful for your support!  Go to the donate link at the top of the page for instructions as to how to donate. Questions?  Email: cprsosdogs@carolinapoodlerescue.org

I love my Virtual Adopters: I AM LOOKING FOR VIRTUAL ADOPTERS