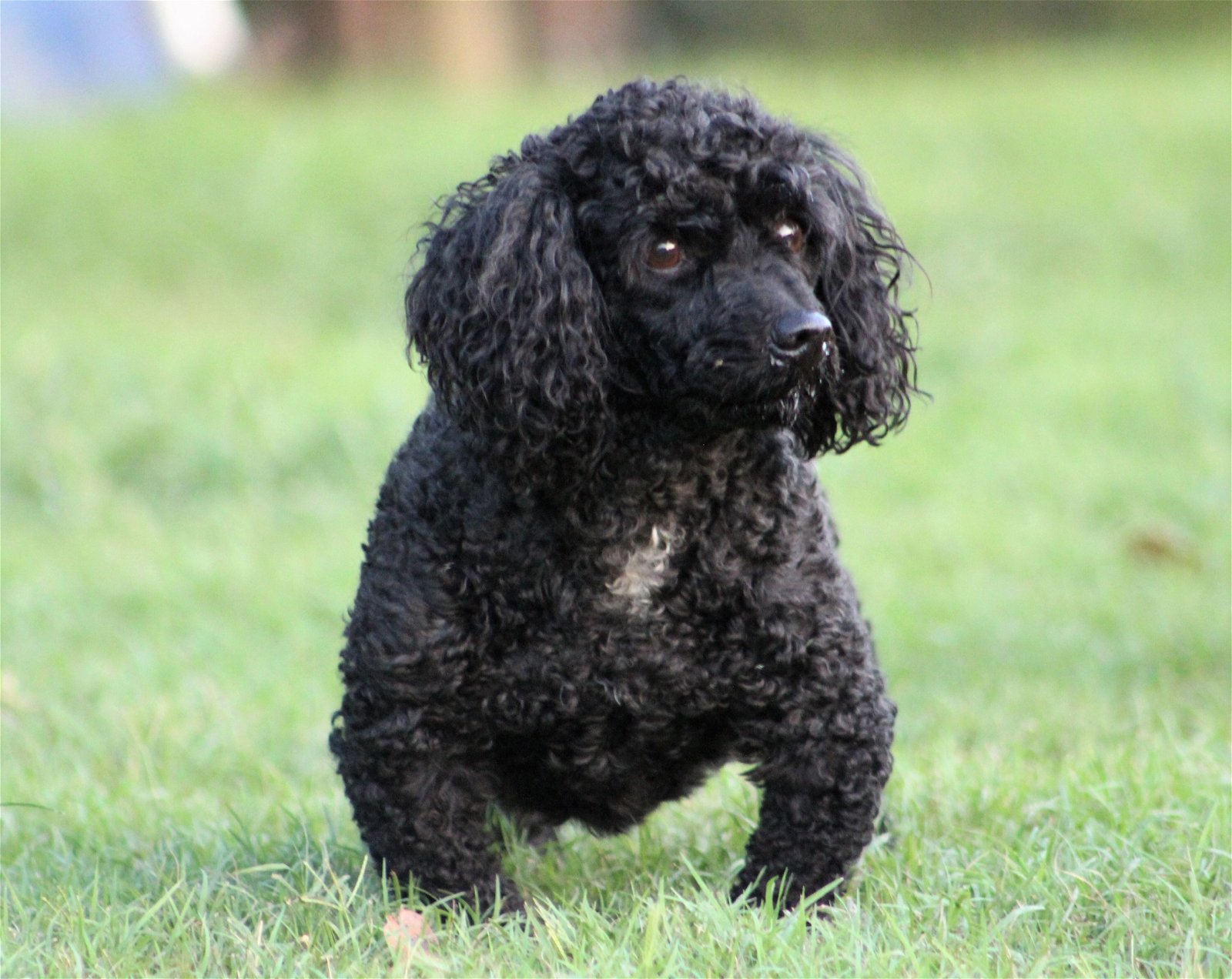 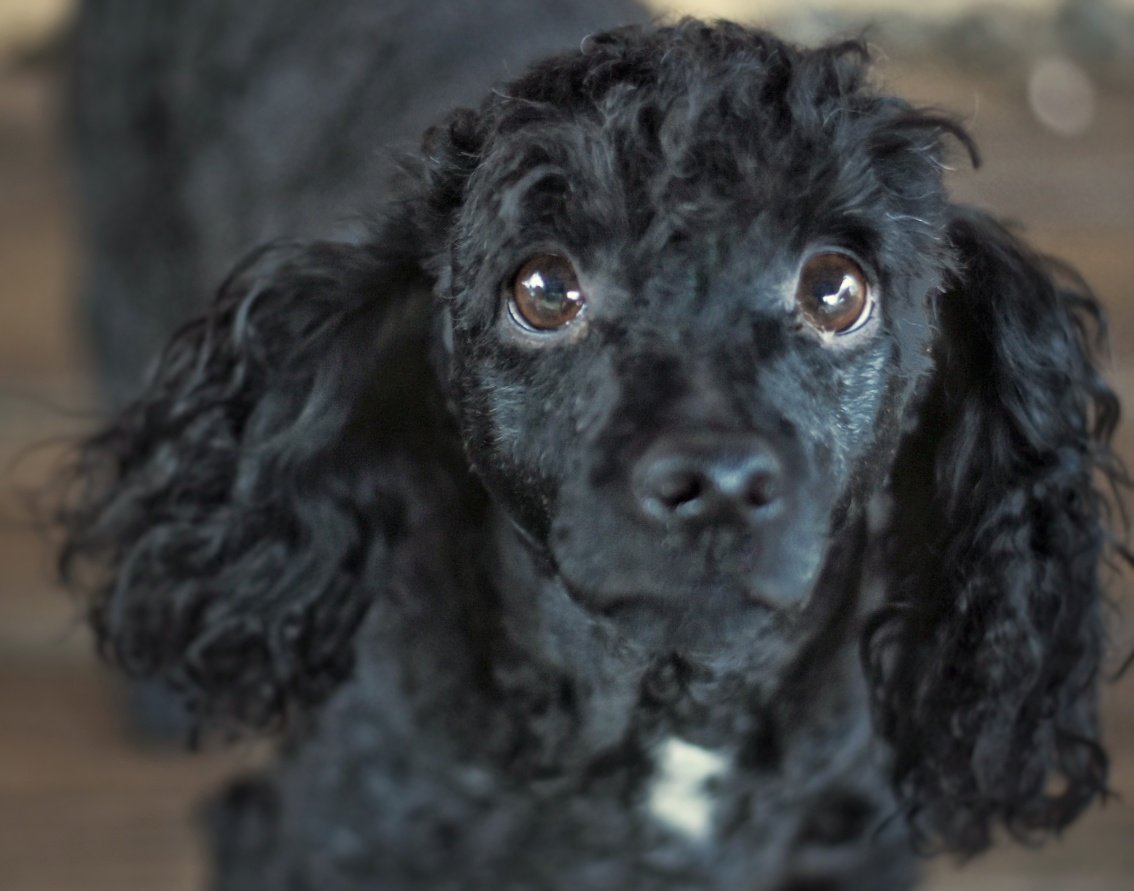 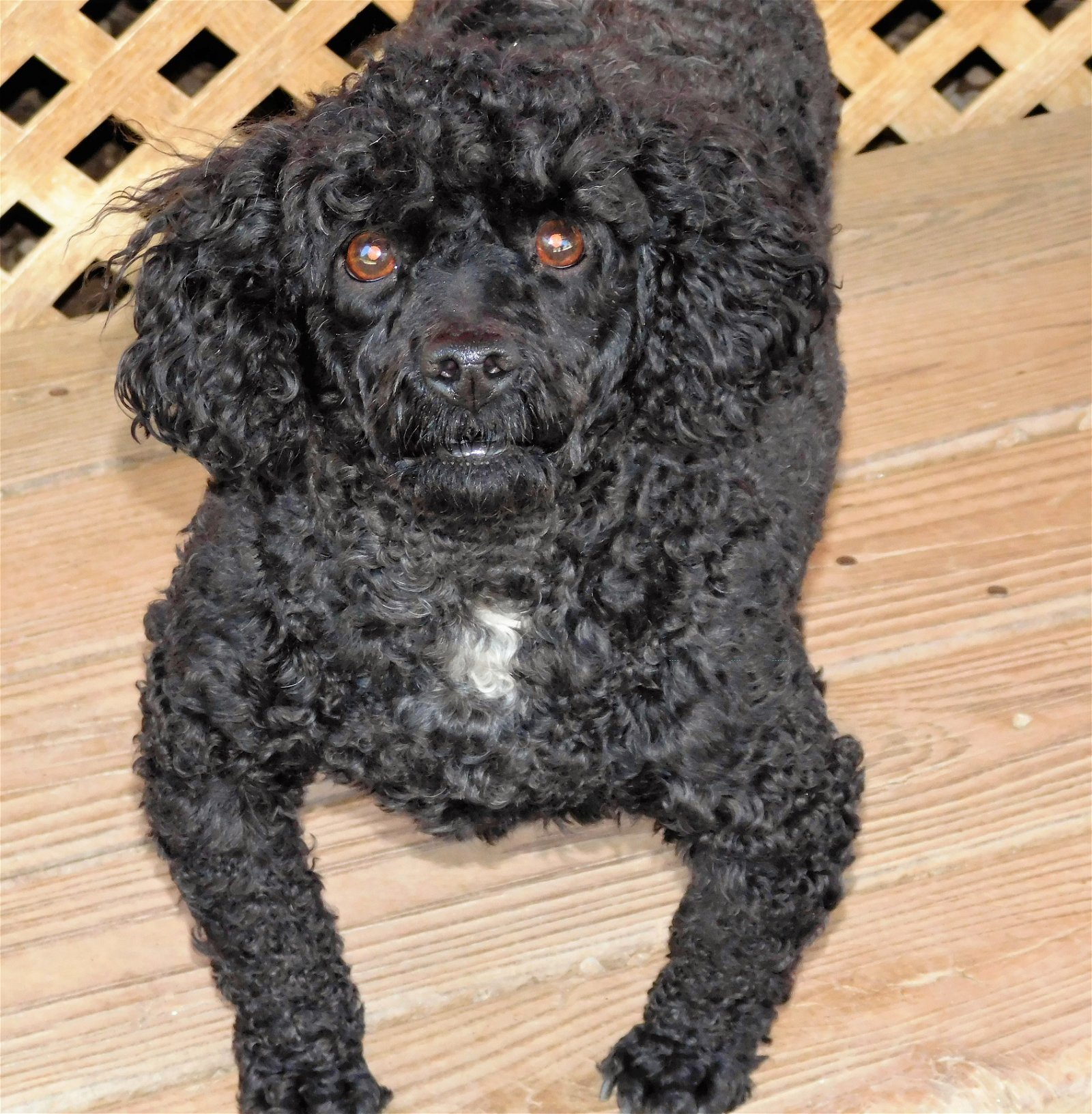 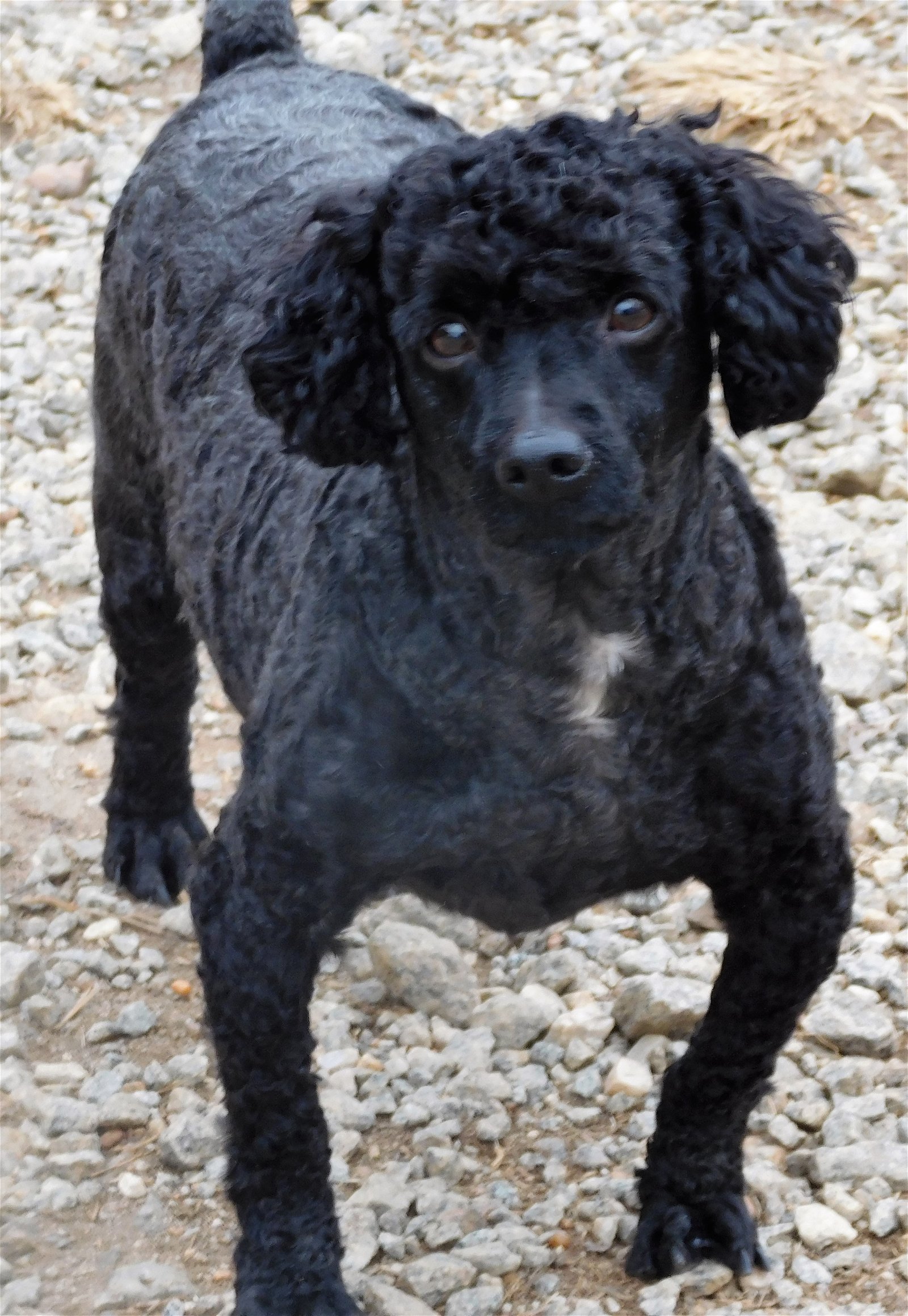 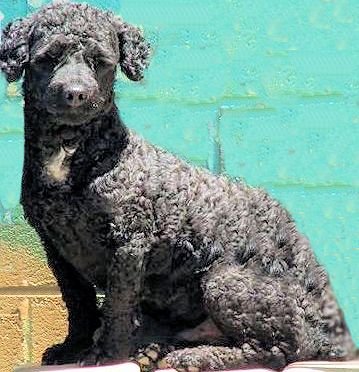 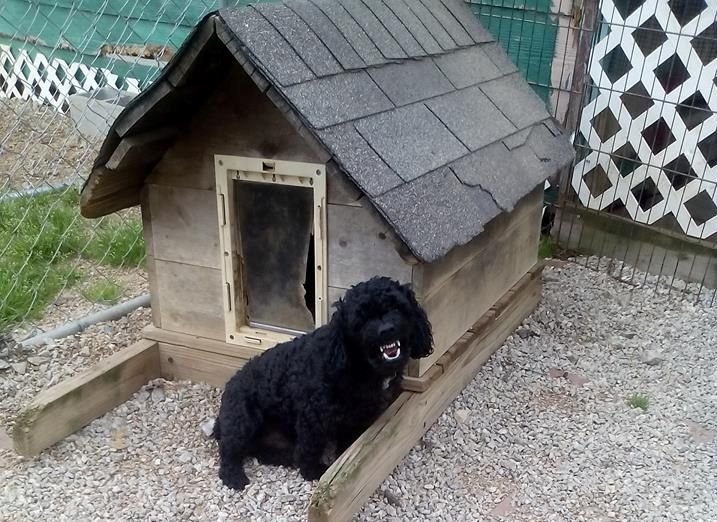 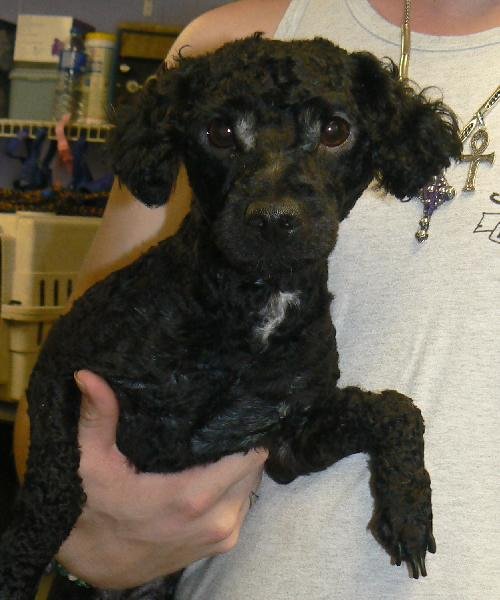 Scott is a permanent SOS dog and is not available for adoption. He lives in sanctuary at Dreamweaver Farms.

Scott was turned into the York County animal shelter, reason unknown. Upon arrival he was matted and terrified. He wanted to bite-and mean it- anyone who crossed his path. He has really come around since his first few days with us.

Scott is a miniature poodle with a full-sized attitude. He can be sweet as can be, or let’s call it “spunky”. Occasionally he decides to play with some toys, though usually he just plays with the bedding. He can be snuggly and give kisses, but on a limited basis. He is crate trained, and for the most part very friendly. He loves his treats, and feeling like he is in charge. Scott does still need some work as he can be somewhat unpredictable. He does not care for other dogs.

Can’t have a dog of your own? Have a soft spot for old, sick or hard to place dogs? It only takes a $20 a month donation for me to be your virtual dog!  I need at least 10 virtual adopters (sponsors) to help cover my monthly costs.  If I have medical challenges I need even more! The caregivers at Carolina Poodle Rescue will do the rest.  Just think, without ever having to leave your home, you can have your very own online dog that will send you update emails, make Facebook posts, and be eternally grateful for your support!  Go to the donate link at the top of the page for instructions as to how to donate. Questions?  Email: cprsosdogs@carolinapoodlerescue.org