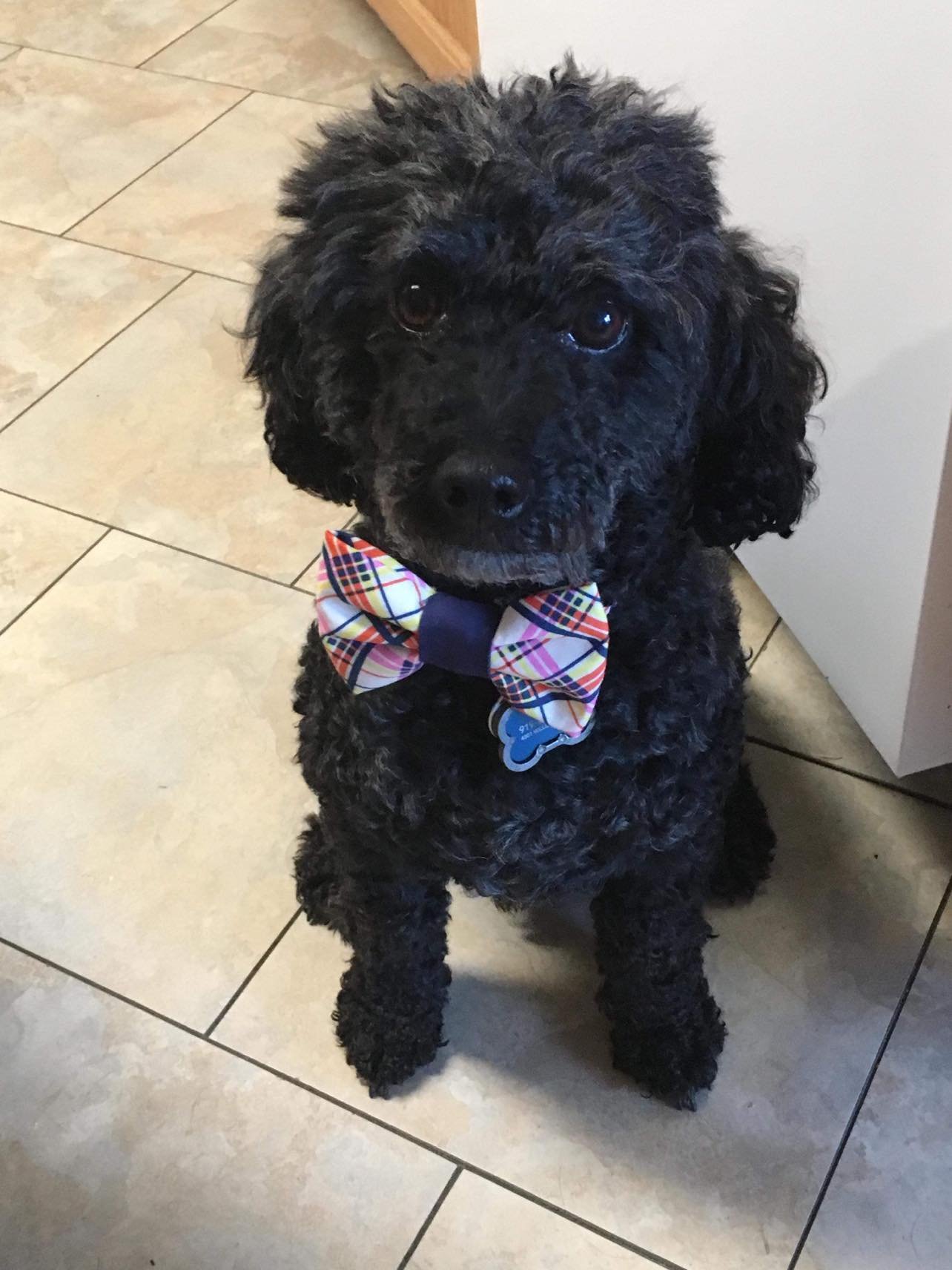 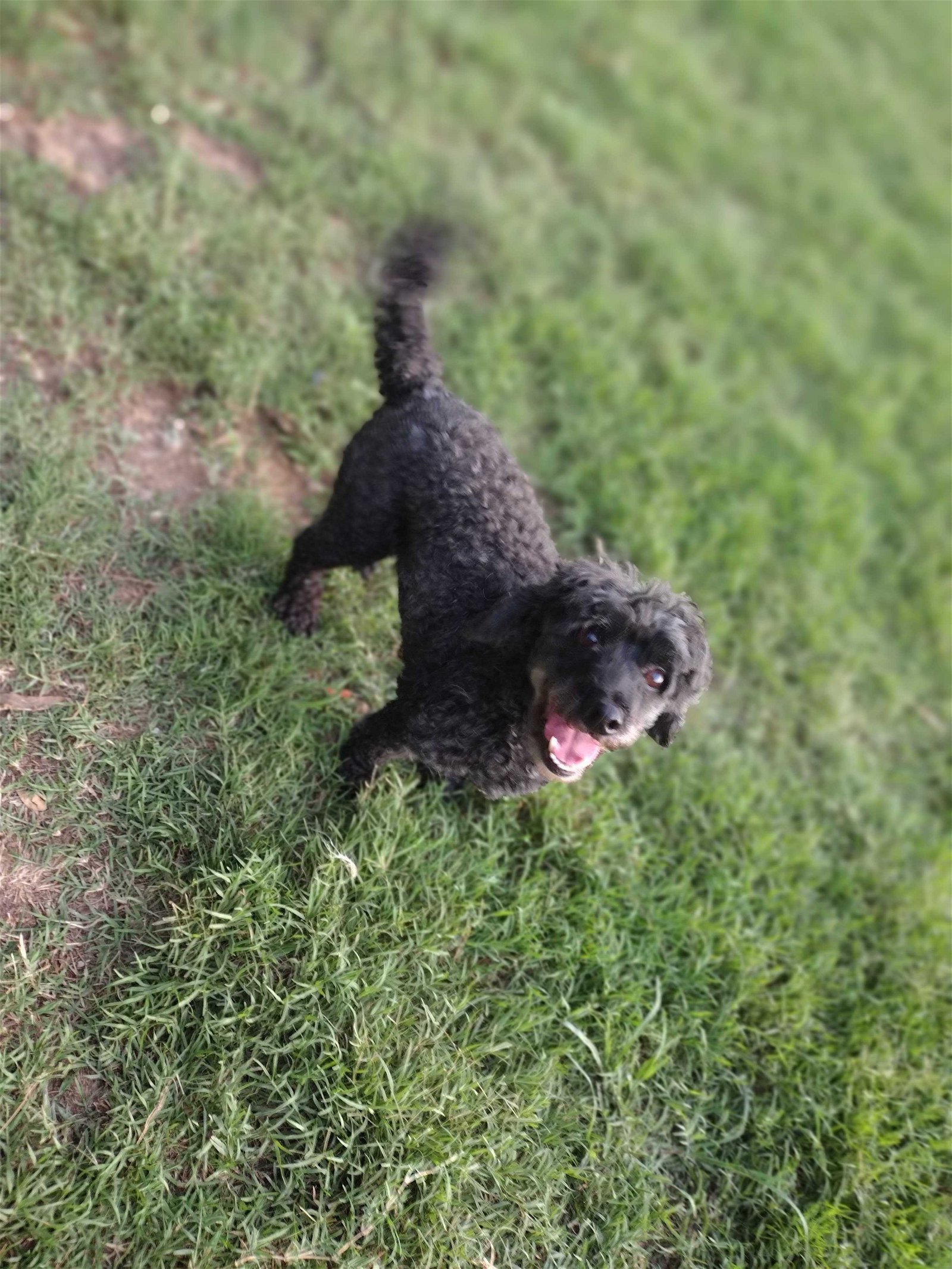 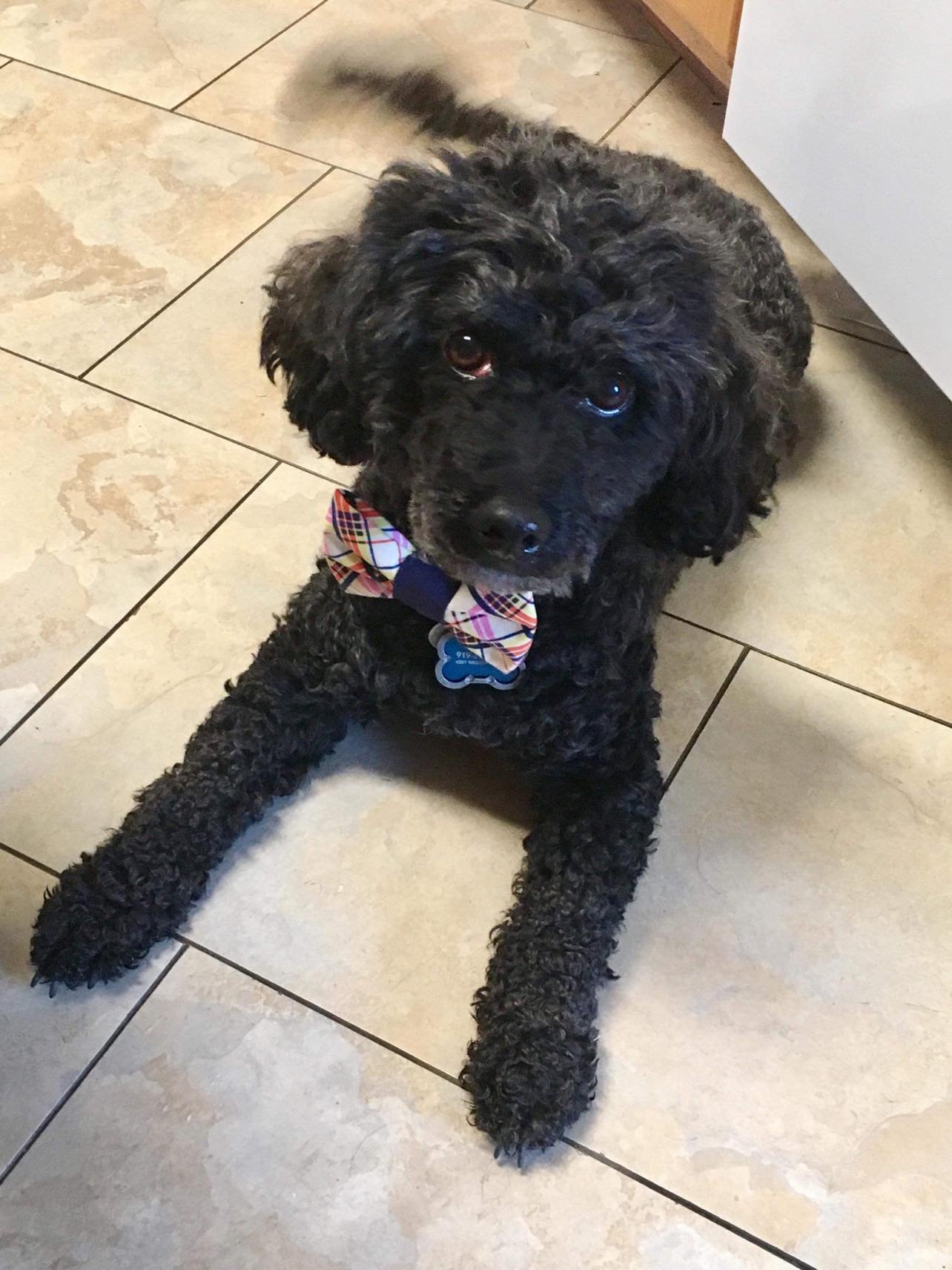 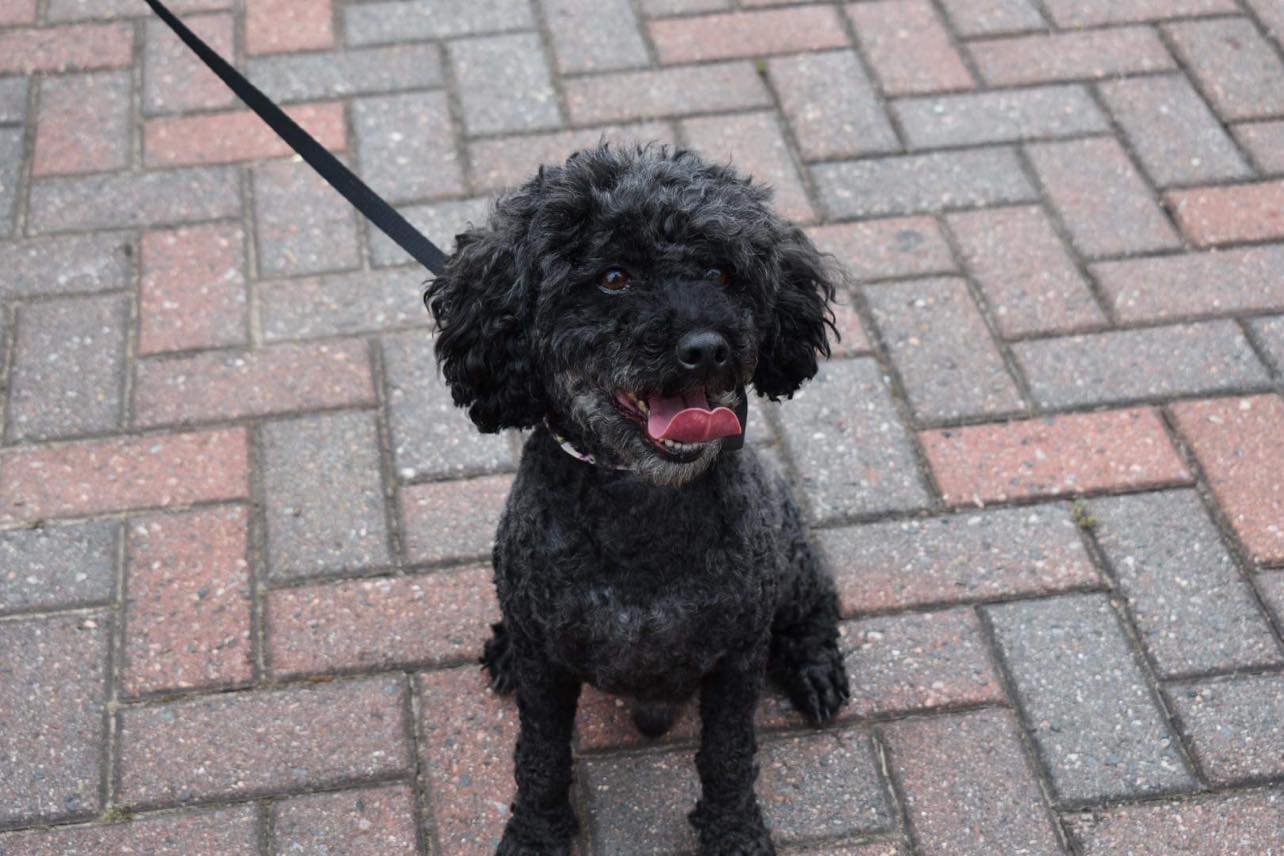 Why am I with a rescue group? Bailey originally arrived in rescue in October of 2014. Life is changing for his family and Bailey needs a calmer environment. Bailey's

human got pregnant and he cannot be trusted around an infant or young child due to his bite history.

Bailey had 8 homes in 3 years prior to his rescue by Carolina Poodle Rescue. Whatever life was when Bailey was young, it was not kind. Bailey arrived in rescue with a bite history, having been returned time and again to the shelter for biting. His current owner has invested heavily in positive reinforcement training, but Bailey is still a dog that will bite.

Bailey is incredibly smart and food motivated. He is a runner. Bailey's owner keeps a "Whistle" GPS tracking device on him. He will come with a year of paid tracking services. Bailey does not do well on walks. Anything with wheels is a no go - bikes, cars, scooters, etc. He is also triggered by some dogs and not others. He shows this by lunging and biting.

If you want Bailey to move, you must ask him and use a treat. He does very well with praise and absolutely loves treats. You cannot take anything from Bailey - he will bite you. Alternatively, you must trade him for a treat. You cannot use your hand and pull Bailey by his collar. He is okay with being guided by a leash, but putting your hand on his collar is a trigger. Other known triggers include cowboy boots, raising your hand as though you may hit him, or any other type of negative reinforcement.

At his heart, Bailey wants to please. If you tell him no and don't allow him up on the couch to snuggle with you, he recognizes that he has acted in a way that makes you unhappy.

Bailey is a complicated dog. He has a documented bite history and unpredictable behaviors which are described below. Bailey takes a host of medicines to manage his behavior, including:

Fluoxetine 10mg twice per day and

not do well when meeting new people.  His current owner will use a muzzle when she has people over which is not very often.  He is ok with my owners parents and siblings when they come over because they've built a relationship.

Bailey is adoptable to the right home. He needs a calm environment with no young children and experienced dog owners.  He does not do well with people he does not know, so ideally someone who doesn’t like to entertain and have guests over.  He is ok with other dogs, but he does not know how to play and can resource guard.  Bailey needs a single individual with minimal visitors.

Bailey needs a very experienced owner. He rarely gives body signals before he tries to bite. When visitors come over he must be muzzled and leashed. Bailey will not be adopted to a home with children or children that visit. He is looking for a very experienced single person. He has lived with other dogs and would be good in a home with another confident dog.

Meeting Bailey will happen over a series of meetings. He will be muzzled the first time you meet him. He must begin to trust you before you will be able to interact with him. You must be prepared to come at least 3 times to meet Bailey.